Davis, known as Bike City USA, is not surprisingly one of the foremost biking communities in the country. We’re home to the U.S. Bicycling Hall of Fame, 61 miles of bike paths, and 55 miles of bike lanes including the country’s first bike lane, not to mention the Davis city logo is a bicycle. In 1980, after two decades of city and university efforts to make Davis a pedaling paradise, 30% of trips were made by bike. In recent decades, this number has fallen to 20%, which is still considerably higher than the U.S. average of 2% for most communities. Since May is National Bike Month, we’re taking this opportunity to explore Davis’ biking history and encourage the community to get back on the bike.

Even before the town was covered in bike paths, early biking advocates saw that Davis was well situated to become a biking community. The Patwin land which Davis sits on is flat as a pancake with mild weather year round. We’re small, surrounded almost entirely by agricultural land so, if you live and work in Davis, your commute is probably pretty short.

In 1959, UCD Chancellor Emil Mrak envisioned a campus travelled by students on bike. Most campuses have one location for bike parking. Mrak decided that bike parking should be available at every lecture hall and closed the campus to car traffic in 1967. That same year, city leadership approved plans for the country’s first bike lanes. The first official bike lane in the United States was created on 8th Street between A and Sycamore. More bike lanes followed.

With passionate support from the community, the city, and the university, biking took over the town in these decades. In 1966, Ansel Adams photographed bike racks cram-jam-packed with student bikes on wide tree-lined roads free of the cars which were taking the rest of the country by storm.

Today, 98% of streets in Davis offer some form of bicycle protection. In 2015, Davis built its first “Dutch-style” traffic intersection (it’s also one of the first to be built in North America). The Covell/L St. intersection was designed by the Dutch Cycling Embassy (Dutch cities boast a large share of modal trips, 34-47% by bike). Despite this, fewer Davis residents are biking these days.

This month, we’re encouraging our staff, owners, shoppers, and community to opt for more biking trips. Riding your bike to work, school, and in town errands is fun, sustainable, and a great way to boost mental health, which has suffered for so many of us during the Covid-19 Pandemic. It’s also a great way to incorporate movement into your daily routine, especially if you don’t have time to add it in elsewhere. Biking reduces traffic and noise and air pollution from cars as well.

In April, we teamed up with the Bike Campaign to offer our staff a free tune up and bike skills clinic. During Bike Month, we’re giving our biking staff free helmets and raffling off a $100 dollar gift card to Ken’s.

Our Green Team is currently exploring projects which will make the Co-op more bike friendly for staff and shoppers. 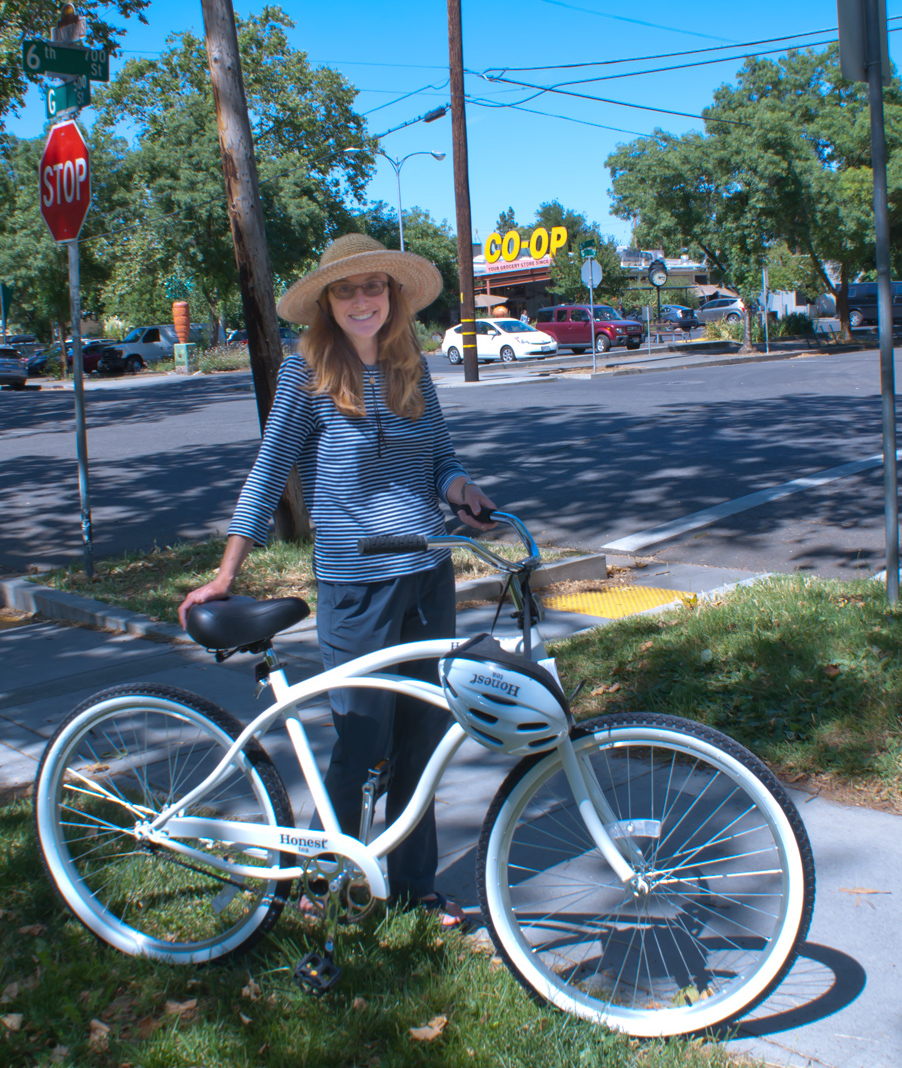 Nervous about getting back on your bike?

Grab a Shop by Bike guide at our Customer Service Desk if you’re in need of a few clever ways to make grocery shopping work on a bike.

Check out the city bike map to plan your route to work or school!

Participate in group rides from the Bike Campaign.

We use cookies to optimize our website and our service.
Manage options Manage third parties Manage vendors Read more about these purposes
Preferences
{title} {title} {title}