In honor of Pride Month and in solidarity with our LGBTQIA+ and QTPOC community members, the Davis Food Co-op has donated $500 to the Sacramento Gender Health Center, a QTPOC-led nonprofit working to end systematic oppression and pathologization of transgender people and racism while centering the wellness of queer and transgender people of color. The SGHC is currently asking for donations to help cover the cost of their facilities upgrade, which includes moving to a more accessible space and upgrading furniture. We invite our community to join us in supporting the SGHC and our QTPOC family, friends, and community members.

Note that while there are Pride celebrations all over the world, this blog will focus on the history of queer activism in the United States.

Pride is, and always has been, political. If you’re somewhat familiar with the history of Pride, you might know that the riots at the Stonewall Inn, which occurred from June 28th to July 3rd, 1969, are the impetus for the Pride events we know today. But Stonewall was not the first modern queer political action. The Society for Human Rights received its charter on December 24th, 1924 in Chicago, making it the oldest documented gay organization in the country. The organization was led by German activist Henry Gerber and African American clergyman John T. Graves. One of the Society’s goals was to advocate for shorter prison sentences for gay men arrested and convicted under obscenity laws. The Society collapsed just a year later when Gerber was unjustly arrested for “strange doings”. Although the charges were eventually dropped, the Society dismantled as Gerber was unable to support it financially after exhausting his savings to legal fees. Queer organizations like the Society for Human Rights remained a part of public life, but with varying visibility. The Mattachine Society and the Daughters of Bilitis were active throughout the 1950s.

The 1960s were marked by calls to end violence and injustice suffered by marginalized communities throughout the United States. The civil rights movement in combination with fervent efforts to overturn Jim Crow laws are most commonly associated with the decade of reform, but communities fought for women’s rights, the abolishment of police brutality, and an end to the Vietnam War as well. Queer folks were regularly arrested for having consensual sex, kissing in public, gathering at bars, or for simply existing if they looked queer. Moreover, queerness was classified as a mental disorder in the Diagnostic and Statistical Manual. “Homosexuality” would remain a diagnosable disorder until 1973 (this history of using the term “homosexual” in conjuction with pathologizing queerness is one of the reasons why we don’t use “homosexual” to describe gays and lesbians anymore). This is the context out of which several key queer political actions were born. 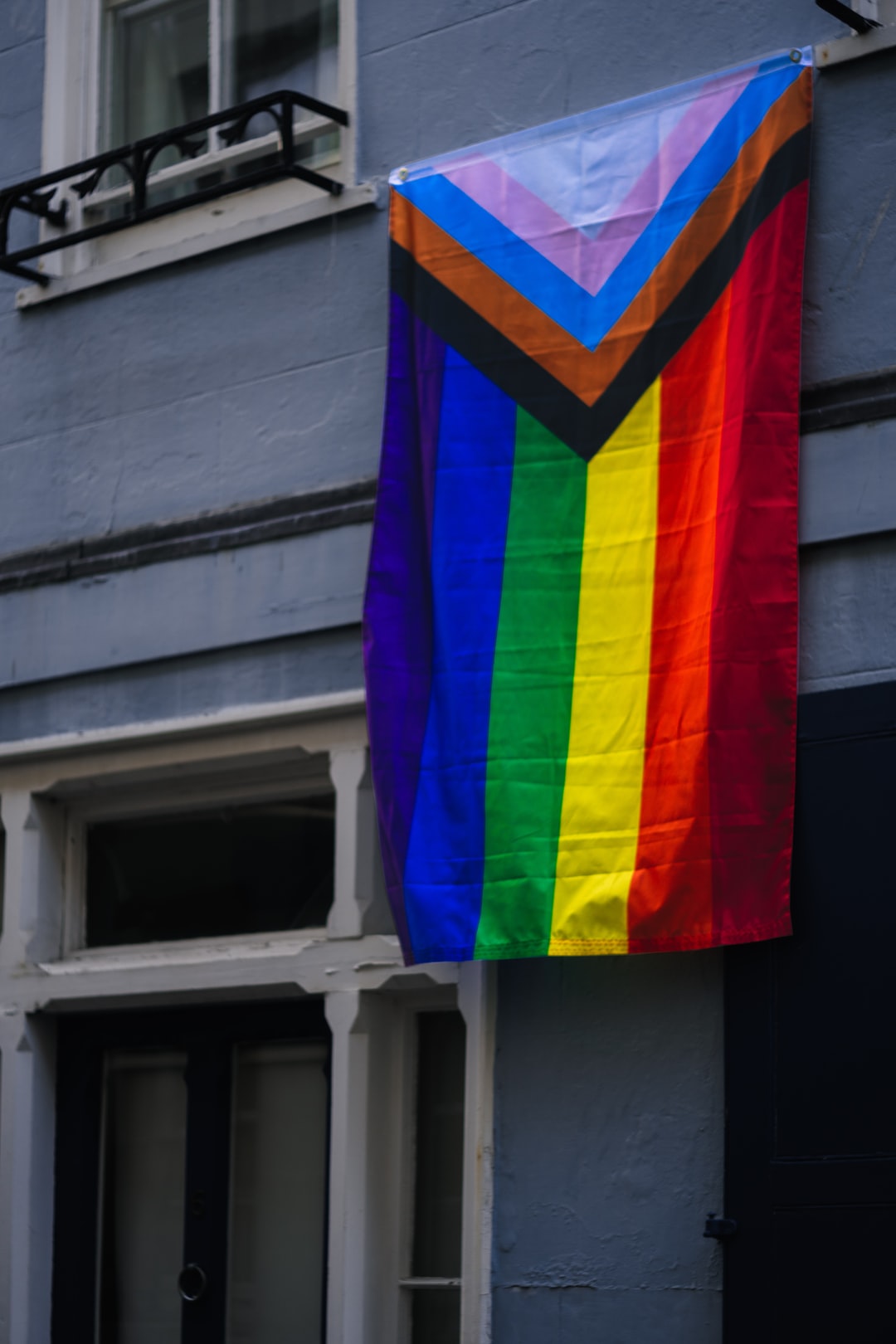 The Cooper Donuts Uprising took place at Cooper Donuts in Los Angeles in 1959, ten years before Stonewall. At the time, it was illegal for a person’s gender expression to differ from the sex listed on their ID, which meant that trans folks were often the target of police harrassment. For this reason many gay bars banned or discouraged trans folks from entering. Cooper Donuts was open to many members of the queer community and was often a target for police raids. Two police officers arrested two drag queens, two male sex workers, and a gay man after asking to see IDs. As they were being arrested, patrons took to throwing whatever they could including coffee, donuts, and trash, to push back against the unjust police harassment. Police fled before making any arrests and returned with backup and a blockade to arrest the folks who were now calling for an end to police harassment in the streets.

In 1966, patrons of Compton’s Cafeteria in San Francisco’s Tenderloin rioted after a police officer attempted to arrest a drag queen for cross dressing. She threw a cup of coffee in his face which sparked the uprising. Leading up to the rebellion, police used any excuse (e.g. obstructing the sidewalk) to arrest Compton’s queer customer base which was largely made up of drag queens, sex workers, and trans women of color. After the riot, Comtpon’s banned trans women from entering, but not without resistance in the form of a pickett line and smashed windows from the Tenderloin’s queer community.

LA’s Black Cat Tavern was a popular bar for Southern California’s queer community and often the target of police raids. On New Year’s in 1967 several undercover officers began beating and arresting patrons celebrating the New Year with kisses. Police arrested fourteen people for assault and public lewdness. On February 11th, 200 people protested the arrests with civil demonstrations in public. The Personal Rights in Defense and Education (PRIDE) group and the Southern California Council on Religion and Homophile organized the effort. No rioting took place, despite armed squadrons of police officers meeting protestors. These instances of queer political action and liberation, largely at the hands of QTPOC, would pave the way for Stonewall and the larger queer liberation movement.

The Stonewall Uprising in New York City is perhaps the most salient example of civil rights era activism and revolutionary tactics influencing the gay liberation movement. There are so many contradictory and inconsistent accounts of the events at the Stonewall Inn in June of 1969, but we do know that police launched a violent raid on the Christohper Street bar targeting drag queens, trans folks, and gay men, the majority of whom were Black or brown. The arrests were met with resistance from Stonewall’s patrons and sparked 6 days of protests against police brutality. Marsha P. Johnson, a Black activist and performer who described herself as “gay,” “transvestite,” and a “drag queen,” is often associated with the uprising. Sylvia Rivera, a brown trans woman, also led protests on Christopher Street. She participated in anti-war and Black liberation marches throughout the latter half of the 60s. Miss Major Griffin Gracy, another Black trans activist, also led actions throughout the riots. Storme DeLarverie, a biracial, lesbian drag performer is believed to have “thrown the first punch” when police first started making arrests. Countless QTPOC were involved in the protests, fighting for their autonomy, personhood, and freedom. Pushing back against unjust systems is the core of all of these uprisings and would remain the core of Pride.

One year after the Stonewall riots, Christopher Street Liberation Day attracted thousands of marchers calling for gay liberation with chants of “gay power!”. That march is considered the first New York City Pride Parade taking place on June 28th, 1970. Queer activism continued, with the Gay Activist’s Alliance, Gay Liberation Front, and Street Transvestive Action Revolutionaries (STAR) forming in the wake of Stonewall. The contributions of QTPOC continue to be minimized in favor of acknowledging the contributions of white activists. We’d like to specifically call attention to a few queer Black folks who pushed the movement forward during this time: Bayard Rustin, a key adviser to Dr. Martin Luther King Jr.; writer, poet, and activist Audre Lorde; Ernestine Eckstein, a leader of the Daughters of Bilitis, the first lesbian and civil rights organization in the U.S.; Barbara Jordan, the first Black woman elected to the Texas Senate; writer and scholar Angela Davis; and author James Baldwin. 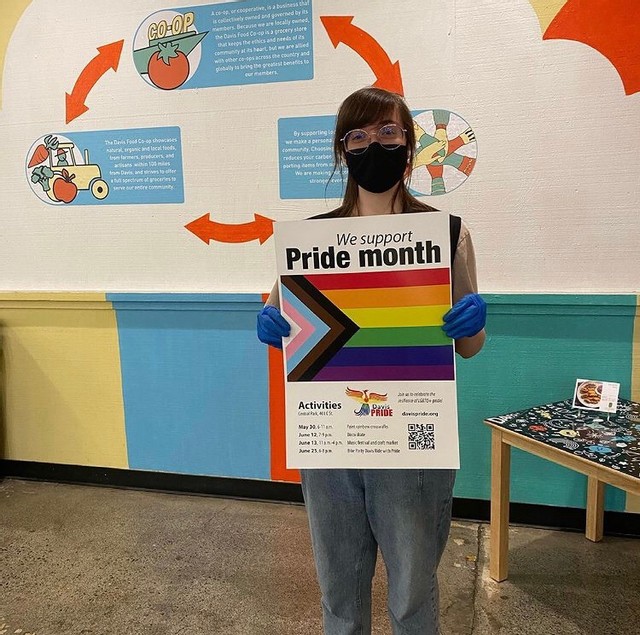 With these deep roots in political action, Pride has grown and spread all over the globe. Unfortunately, so has the influence of capitalism at Pride. The presence of corporate logos at Pride is particularly troublesome since some companies that pour money into Pride events don’t back up that support with any tangible action. For example, Google sponsored a 2020 Pride event in San Francisco, but refused to take action against LGBTQIA+ harassment on its YouTube platform (Google is now banned from that Pride event). As Pride moves away from a political agenda, some communities, like Black trans women, will be particularly vulnerable to violence by the state and the public. Be cautious of brands that adopt a rainbow logo, but don’t walk the walk when it comes to supporting the LGBTQIA+ community. “Rainbow-washing” is ultimately harmful and dangerous, especially for queer and trans communities of color.

How we can support the QTPOC community

Despite diverse leadership and ground-level contributions by QTPOC, it is white cisgender gay men who have benefitted the most from achievements made in recent decades. This is because white supremacy pervades all levels of society and because our identities are inextricably tied to one another (i.e. race and queerness intersect). According to Mapping Violence, Black folks are three times more likely to be killed by police than white people, even though Black folks are 1.3 times less likely to be armed. Moreover, Black transgender women are at an even higher risk of fatal violence. According to the National Center for Transgender Equality, more than one-fifth of transgender people who have interacted with the police reported harassment, and the rates are much higher for Black transgender individuals: 38% reported harassment, and 15% reported assault by officers. The 2015 U.S. Transgender Survey found “that 57% of transgender people are afraid to go to the police for help largely due to the threat of being harassed, physically or sexually assaulted, or misgendered—which is why the deaths of transgender people often go severely unreported.”

Giving to the Sacramento Gender Health Center is one way white folks and allies can serve the QTPOC community. Knowing that our institutions will not protect this community means we must support queer and transgender people of color through collective, community action. Being actively anti-racist by calling out racism when you see and hear it is essential. Supporting the work of the SGHC is something real you can do right now. Volunteering with the Sacramento LGBT Center is something else you can do. You can also read this article about Black queer love and (in)visibility. Patronizing LGBTQIA+ and QTPOC businesses and artists is another way to provide tangible support to the community.

In addition to donating to the SGHC, sponsoring Davis Pride, and collecting Round Up funds for the Davis Phoenix Coalition, the Co-op will continue to work to make our community more accessible and safe for the LGBTQIA+ and QTPOC community. We’re excited to announce the addition of pronouns on staff name tags coming this summer. Stay tuned for our upcoming blog all about why we’re making this change.