The cooperative business model offers communities a highly effective way to meet their needs for goods and services while prioritizing people over profit. And in 2021, you can find cooperatives in nearly all sectors of the U.S. economy. Increases in consolidation across many industries along with changes in the marketplace in recent decades present competitive and economic challenges for many businesses and consumers. In response to these challenges, economic cooperation is on the rise. According to a 2020 report by the Democracy at Work Institute and the US Federation of Worker Cooperatives, worker cooperatives have seen 35.7% net growth since 2013. That same report found that a majority (56.8%) of worker-owners are Black, Indigenous, and People of Color (BIPOC). BIPOC communities in the United States have a rich history of cooperation, a history often left out of narratives about the cooperative movement. To celebrate Co-op Month, we’re sharing some of that history.

Cooperation is nothing new. Early human societies practiced cooperation as a means to increase the group’s chances of survival. Pooling resources led to more successful hunts and harvests. In fact, early agriculture relied on mutual aid among farmers to defend land, harvest crops, build barns, and share equipment. These early forms of informal cooperation, really of working together, laid the foundation for the cooperative business model which took shape in the late 18th and early 19th centuries. Then and now, cooperation is a means to survival, and this is especially true for BIPOC communities in the United States.

According to Dr. Jessica Gordon Nemhard in her book, Collective Courage: A History of African American Cooperative Economic Thought and Practice, Black folks have utilized cooperation since the first Africans arrived as indentured servants in the early 17th century. By the late 18th century, Black people were pooling their money to pay for land, burials, elderly care, childcare, and even freedom for one another through mutual aid societies. Mutual insurance companies, buying clubs, and collective farming are other examples of early Black corporativism.

Women often founded and ran Black cooperative efforts. As men left to join the Union Army, Black women in South Carolina took to the Gullah/Geechee Sea Islands in the Combahee River region to grow cotton on abandoned farms. These women formed an intentional community which collectively farmed the area throughout the war and several years after. Eventually, hundreds of women farmed the colony, securing food, shelter, and income for themselves and their families.

The 1880s saw a steep increase in formal cooperative efforts among the nation’s Black communities. When the Southern Farmers’ Alliance refused to admit Black farmers except in separate chapters, Black farmers started the Colored Farmers’ National Alliance and Co-operative Union which had more than one million members by 1891. The Union stressed mutual aid as well as political participation. Its members also started many new co-ops, often short lived, but vital in training activists and leaders, improving lives, and leading to more new co-ops. 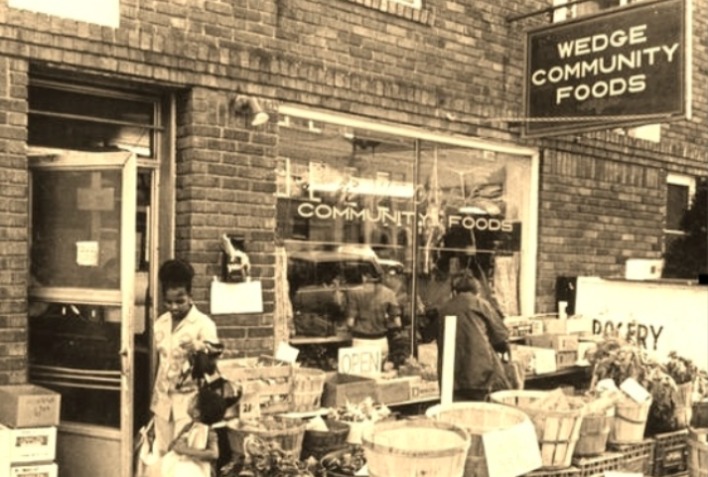 These Black co-ops siphoned money away from white-owned businesses, which was met with retaliation, often violent, from white community members. But cooperation has always been about survival. In the face of racism and active sabotage, cooperation offers Black communities a way to improve each other’s lives in very real ways. “Cooperation is a powerful tool against discrimination,” says Gordon Nemhard. It is during the oppressive and violent Jim Crow era that many Black-owned consumer co-ops were established. Grocery stores, gas stations, credit unions, insurance co-ops, housing co-ops and other formal cooperative efforts offered Black U.S. Americans a means to survival, community, and resiliency.

Not surprisingly, North America’s Indigenous communities have been practicing cooperation for thousands of years. Indigenous cooperation efforts include communal hunting and keeping water sources clean and grazing lands accessible for nomadic groups. These informal cooperative efforts led to formal ones including credit unions, rural electric and telephone co-ops, and mutual insurance co-ops. “Cooperatives are a logical fit with tribal communities. There are shared, common values within the memberships of both tribal and cooperative communities,” says Pamela Standing, Executive Director of the Minnesota Indigenous Business Alliance and of the Cherokee Nation. These formal cooperative efforts are valuable in aiding community development among some of the country’s most remote and marginalized communities.

Latinx co-ops have grown significantly in recent years, but have long been influential in the cooperative movement in the US. Prospera in Oakland and Green Worker Cooperatives in the Bronx have trained generations of activists and strongly influenced models of cooperation throughout the country. Although the Latinx community is made up of folks from many different countries and cultures, examples of cooperation can be found throughout their history. The Zapatistas of Mexico, worker take-overs of businesses in Argentina, and fair trade coffee cooperatives in Nicaragua are just a few examples. According to a report funded by the Cooperative Education Fund, 31 US states have at least one Latinx co-op. Latinx co-ops show significant diversity across industries, membership types, and regions. According to a 2009 report by the International Labour Organization, cooperatives are particularly strong during times of economic crisis. Communities with a wide range of cooperative businesses (worker co-ops, credit unions, consumer food co-ops, housing co-ops, etc.) are therefore better protected from economic shocks.

It is from these cooperative traditions, among others, that the Davis Food Co-op was formed. When 10 Davis households started a buying club in 1972 they sought to bring their community greater access to natural foods without having to support the corporations that dominated the grocery industry. It is with deep gratitude and respect that we look back on our cooperating forebears, many of whom were women and Black, Indigenous, and People of Color. We remain firmly grounded in this truth as we look forward to the growth of the cooperative movement in our community and across the globe.

For Native American communities, a “new” business model builds on a culture of cooperation (https://ncbaclusa.coop/blog/for-native-american-communities-a-new-business-model-builds-on-a-culture-of-cooperation/)