For many of us, Davis is an idyllic California community.

We’re tightknit. We compost and recycle and use renewable energy. We have 37 parks, 65 play areas, 33 tennis courts, and an extensive system of greenbelts. We love live music and local beer. We have food and housing co-ops. We ride our bikes to work and school. We have access to local, organic produce. We consider ourselves lucky to be a part of a thriving and diverse student community. We have restaurants that serve cuisine from nearly everywhere. We celebrate Pride, and Juneteenth, and cover our public spaces with art. We feed our neighbors facing food insecurity. We are a community.

But Davis is not free from bigotry, racism, and white supremacy. And the “we” who enjoy the parks, the art, the friendly smiles on the street are largely white, middle class, able bodied, straight, and cisgender.

It can be easy for us to write off instances of racism (like the one that happened last week when a passing car shouted the N word at a couple of color on a residential sidewalk), as both “horrible” and “not who we are.” Rather, racism happens everyday in our institutions, at community events,  in classrooms, overheard at the grocery store, and in conversations with our most beloved family members. Only through acknowledging this reality and holding ourselves accountable can we actually make room in our community for everyone. We have a duty to demonstrate true support for and solidarity with our BIPOC (Black, Indigenous, and People of Color) and LGBTQIA+ community members.

Be mindful not to take what you learn about the BIPOC experience and reframe it to be about you. For example, you may have a strong reaction to hearing calls to dismantle or divest from institutions whose foundations are rooted in white supremacy (like police departments). Your feelings may range from uncomfortable to indignant. Rather than responding defensively or shutting the conversation down, ask yourself where this discomfort comes from. And, more importantly, do not have loud, emotional reactions in these situations. Be mindful of how exhausting it is for Black folks to have to calm and validate the feelings of white friends and family (or even complete strangers) when we should be listening.

Similarly, the concept of “white tears” and overly emotional reactions from well meaning white folks shift the conversation away from racial justice for people of color back to our feelings. Again, ask yourself why you’re having this reaction. You may realize that you fear being perceived as racist by people of color and reacting emotionally to police brutality is how you communicate that you are not racist. Unfortunately, many of us engage in this kind of performative allyship. Thankfully, you can actually be an ally by not making it about you, by listening to BIPOC folks, and by practicing empathy. Please, check your reactions, defensiveness, indignation, and tears. 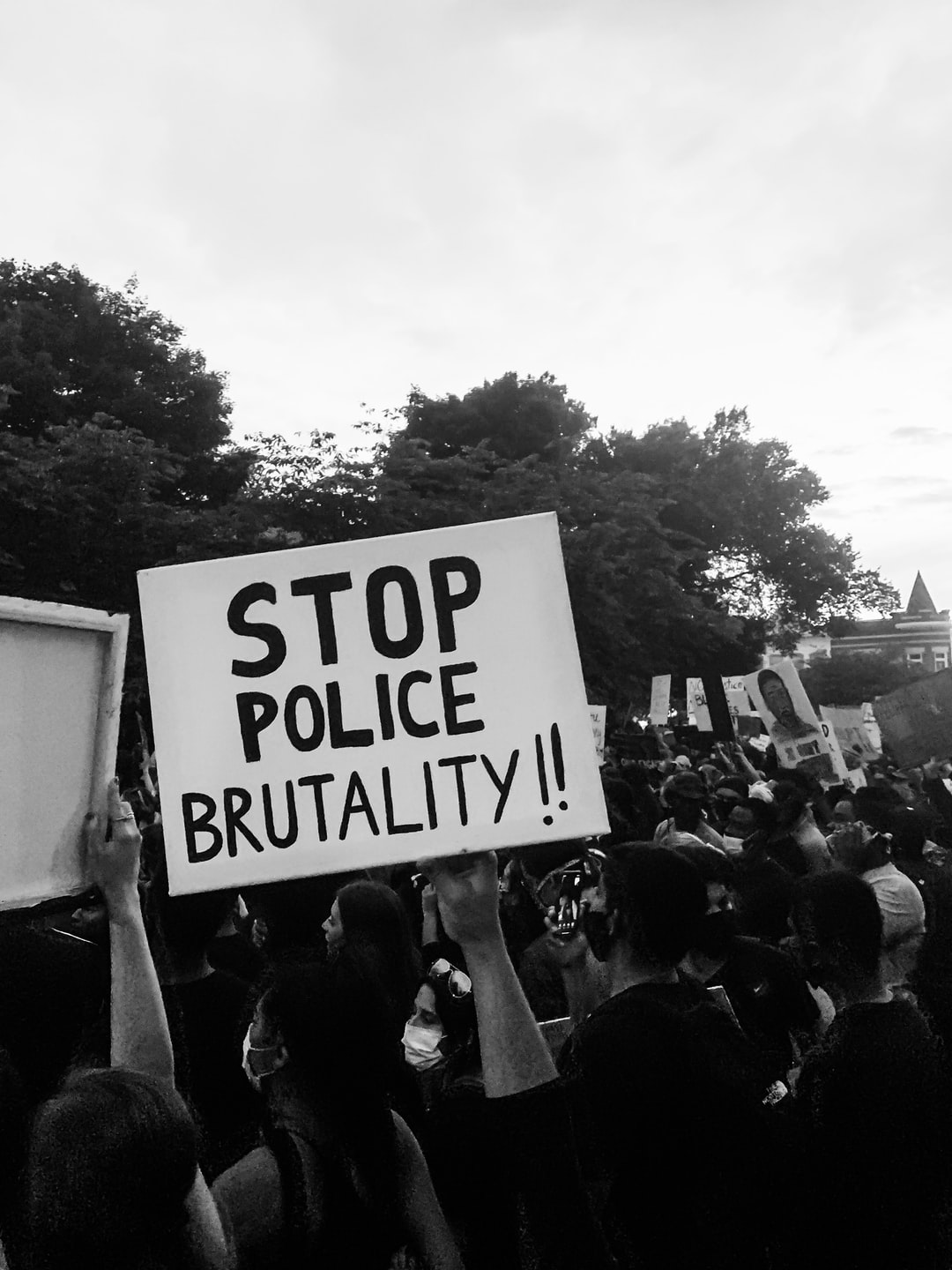 “No persons except those of the white Caucasian race”

You may have noticed, Davis is very white. Like many communities across the United States, this can be attributed to a long history of redlining and restrictive covenants. Redlining is a discriminatory practice in which financial institutions deny loans or insurance to certain parts of a community based on the racial makeup of the community and/or applicant. Racially restrictive covenants, which were once legally enforceable contracts, prohibited the purchase, lease, and occupation of a piece of property by a group of people, specifically “non-whites and Jews” in Davis according to a city study commissioned in 2015.

Although the Civil Rights Act of 1866 “prohibits all racial discrimination in the sale or rental of property,” racially restrictive covenants were particularly prevalent in Davis properties built before the 1950s (a 1948 Supreme Court decision made them unenforceable). Many properties in the College Park, Oeste Manor, University Avenue/Rice Lane, Old North Davis, and Old East Davis areas contained racially restrictive covenants. One property deed from the College Park subdivision read, “…nor during such time shall said property or any part thereof or any building or buildings erected thereon be occupied by an person or persons other than those of Caucasian race.” Restrictive covenants in Davis outlined property forfeiture and additional financial penalties (up to $25,000) for those who violated the covenants. Davis is one of the only communities in the country to enforce financial penalties making these restrictive covenants harsher than most. At the same time, Davis encouraged large-lot, single-family home development in the post-WWII housing boom, rather than developing affordable housing options. These practices, predicated on white supremacy, effectively blocked many people of color from living in Davis.

On January 26th, 1940, a group of white store owners asked the city council to bar the opening of a grocery store owned and operated by Asian Americans. The city council responded that while they couldn’t ban the Asian grocers from opening, they could (and did) pass a city ordinance restricting the hours grocery stores could be open. The ordinance responded specifically to the white store owners’ racist fears that Asian Americans would work longer hours for lower wages. In Davis, like most of the United States, there is an inextricable link between white supremacy and the systems and institutions which structure our lives. 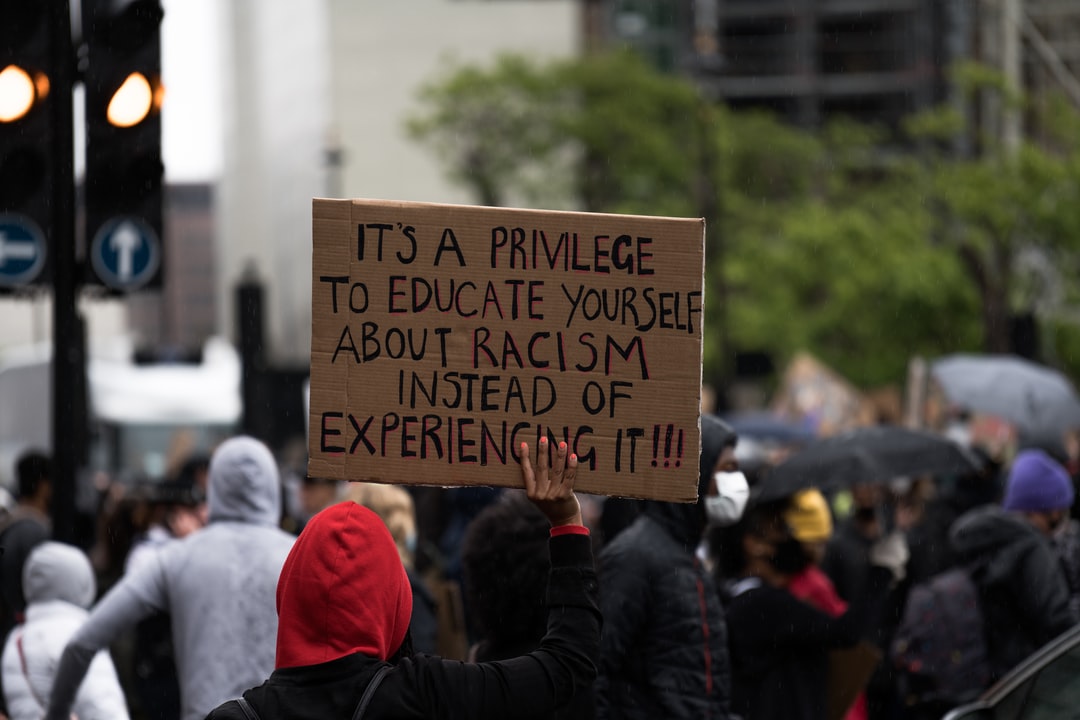 Today, racism and bigotry look very similar: swastikas on campus, mock KKK hoods left at the African/African-American Living Learning Community, the LGBT Resource center vandalized, nooses hung at the high school’s Juneteenth celebration, windows broken at a house flying the Palestinian flag, the Islamic center targeted, an elderly woman of color profiled and harassed at the Co-op. Bryn Buchanan wrote a piece on the Black experience at Picnic Day, the annual UCD event which nearly doubles the population of the town. Hearing neighbors and news anchors alike complain of the “mayhem” caused by “outsiders” (read: more Black people than we’re used to) is a poignant example of our community engaging in anti-Blackness. Not surprisingly, it’s in our modern institutions too. According to 2019 police data, 9% of traffic stops involved Black people and 21% involved Latinxs, suggesting disproportionately high policing of our Black and Brown community members. U.S. Census Bureau data shows that Black folks account for 2.2% of the population while Latinxs account for 13.6%, which is out of proportion with traffic stop data.

It has been one year since George Floyd was murdered by police as he called out for his mother. In April, when Derek Chauvin, his murderer, was found guilty, the Solidarity Space in Central Park was vandalized; it’s art, candles, flowers, and writings, which provided community members a public space to grieve, process, heal, and confront police brutality which has killed 62 Black Americans in the first four months of 2021 alone, were removed overnight. Racism and white supremacy are our present as much as our past. The Space, the very embodiment of resilience, has once again been filled with community art, flowers, candles, and calls to end racial violence.

Nothing to be gained but a conscience

Ta-Nehisi Coates calls for white Americans to “Tumble out of the Dream” – the American Dream built on and that which sustains and is sustained by white supremacy. He writes, “very few Americans will directly proclaim that they are in favor of black people being left to the streets. But a very large number of Americans will do all they can to preserve The Dream.” For those of us who do want to tumble out of the dream, understand there is no praise in true allyship – “nothing to be gained but a conscience” writes Brittany Talissa King (her essay on the subject is required reading, find it here). For BIPOC folks, there is nothing short of true and actual citizenship, personhood, and autonomy to be gained – that is what we’re fighting for. Black lives matter, not just Black bodies murdered and martyred by police.

As white folks, we have a duty to educate ourselves, to call out racism within our families, to vote in favor of affordable housing developments in Davis. These are just a few ways we can make our community more equitable.

Something you can do right now

Allocating resources (like time, but especially money) to mutual aid networks is something very tangible that will benefit the BIPOC and LGBTQIA+ communities right now. Mutual aid happens when community members cooperate to help meet each other’s basic survival needs. Unlike “charity,” in which wealthy people give to the “deserving poor” to feel better, participants in a mutual aid network understand that the systems we live under are not going to meet our needs and, in fact, it is the systems which create poverty, crisis, and vulnerability. According to activist Dean Spade, mutual aid  “is a form of political participation in which people take responsibility for caring for one another and changing political conditions, not just through symbolic acts or putting pressure on their representatives in government, but by actually building new social relations that are more survivable.” You can find information about local mutual aid projects through the NorCal Resilience Network here.

The Co-op isn’t just a grocery store. Like all cooperatively owned businesses, we are guided by the Cooperative Principles including Concern for Community and Education, Information, and Training. Our Ends Statement also reminds us that we “exist to serve as a community store.” And, more importantly, the Co-op is owned by more than 10,000 diverse community members who empower and trust us to put these principles into action. This means, in order to carry out our mandate, we must actively work against racism and bigotry in our store and community while prioritizing diversity, equity, and inclusion (DEI). Our hope is to be as transparent as possible; and there is a lot of work for us to do. Our DEI Taskforce will continue to educate staff and implement necessary policy changes. We’ll also share more resources, like this blog, with our community. Be on the lookout for our upcoming DEI reading list and efforts to support BIPOC, LGBTQIA+, and women-owned brands. 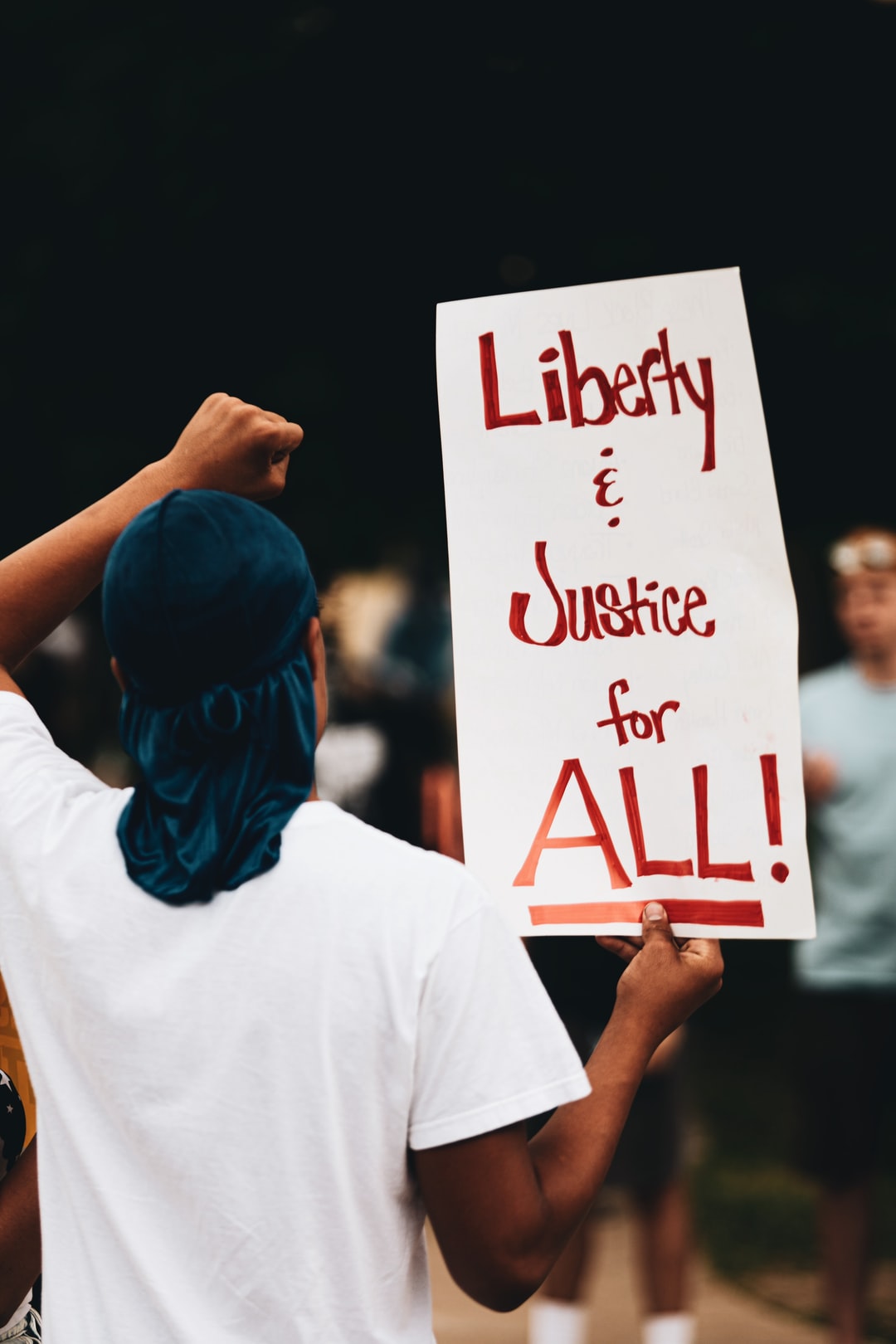 As we celebrate Pride and Juneteenth this month, take the opportunity to examine how you can make our community more diverse, inclusive and equitable. We’ll do the same. And, most importantly, we are here to affirm that Black lives matter. Black trans lives matter. Black education, dreams, anger, exhaustion, citizenship, silliness, curiosity, comfort, history, contributions, pain, knowledge, and joy unequivocally matter.

More resources from the DFC

Inclusivity at the Co-op