A Brief History of our Grocery Co-op Neighbors

October is Co-op Month and Cooperation Among Cooperatives is Cooperative Principle #6 (that sentence is a mouthful). The year 2022 is also the 50th Anniversary of the formation of the buying club that eventually became the Davis Food Co-op. Since we have already explored 50 Changes over the past 50 Years of our Co-op and have Looking Back: A Davis Food Co-op History (1972-1984) available for your viewing pleasure, we wanted to take this opportunity to let you know a little bit more about our local grocery co-op neighbors in the Greater Sacramento region! You may find yourselves in any one of these cities from time-to-time and when you do, we definitely encourage you to check them out. 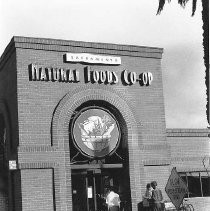 Our cooperative cousins across the Causeway (another mouthful) started in a very similar fashion to the DFC. Also started as a buying club in 1972, they first opened a storefront of primarily bulk foods at 16th and P Streets in downtown Sacramento. They officially incorporated in 1973 as the Sacramento Natural Foods Cooperative and from there, a Board of Directors was elected and the first paid employee was hired.

(Side note: An important distinction for co-ops to make is when they crossover from being a buying club to an actual incorporated cooperative. While we got our start as a buying club in 1972 and claim that as our foundation for our 50th Anniversary, our official incorporation process did not begin until 1977 and was not completed until 1981. Other co-ops, like SNFC, instead choose to mark the start of their incorporation as an officially recognized cooperative as their anniversary date. Like with all things co-op, this is the beauty of differences between each one!) 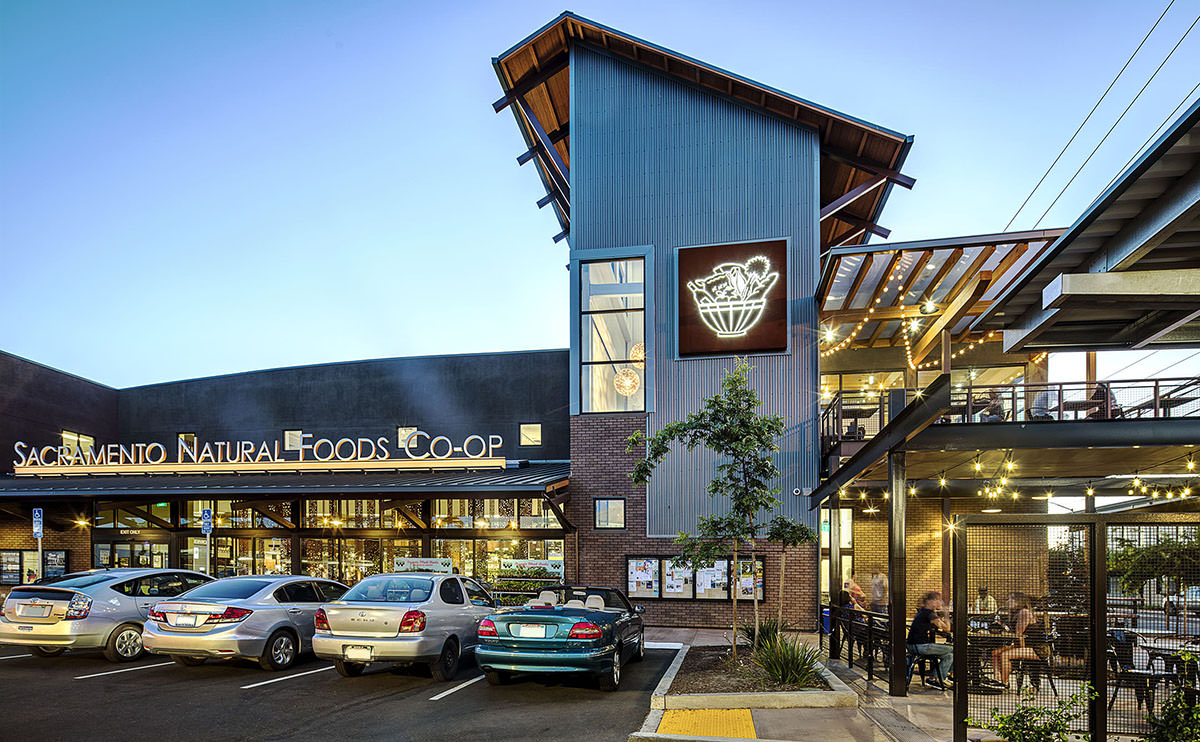 The SNFC spent 43 years at multiple locations in Sacramento before moving to its current location at 28th and R streets in Midtown Sacramento in 2016. As a natural foods store, they are known for their standards that products must abide by to hit their shelves. This includes, among other criteria: 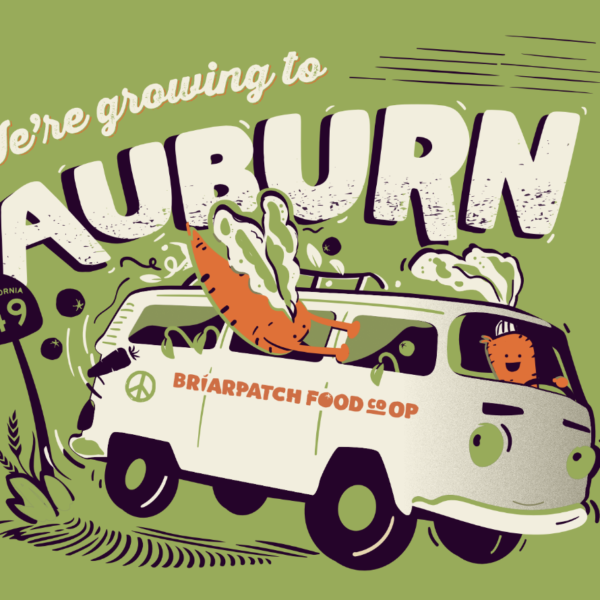 Another 70s baby in the Greater Sacramento region is BriarPatch Food Co-op in Grass Valley. Their first retail store opened in 1976 when their early founders restructured their buying club to look more like co-ops they had seen in the Bay Area at the time (their name even came from a former co-op in Menlo Park!). Like most co-ops at the time (including ours), the store was open only to Members who were required to volunteer time working at the store as well.

After three location moves and a steady increase of sales and Membership over the years, BriarPatch opened its current location in 2007 off the Sierra College roundabout. BriarPatch has since released a 2025 Sustainability Goals Plan to achieve 100% renewable energy and 100% of food waste diverted from landfills by 2025. They are also in the process of opening up a second location in Auburn! 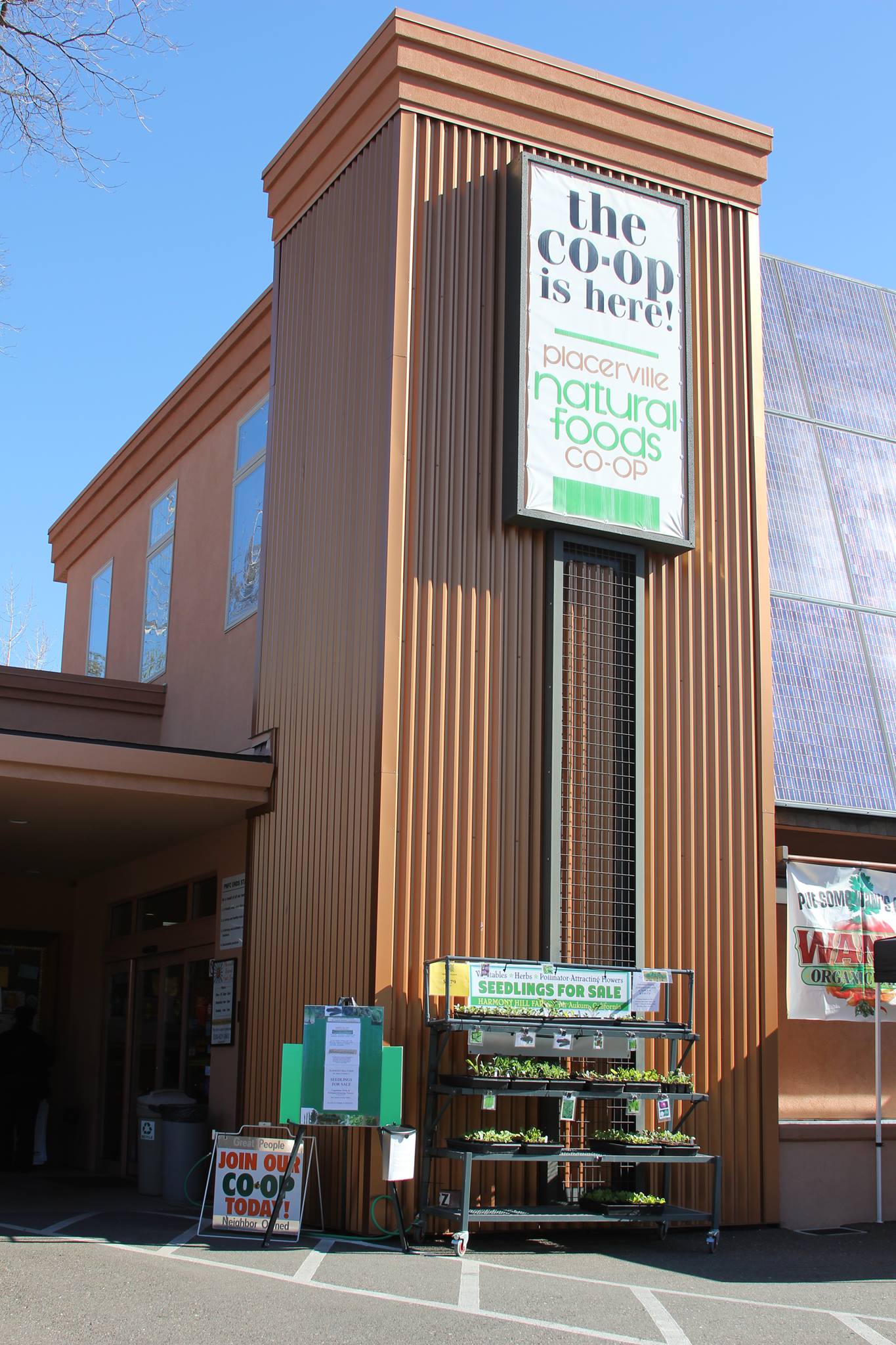 The newest kid on the co-op block in our region is Placerville Food Co-op. Unlike the others in this blog that started as buying clubs in the 70s, PFC’s story began much more recently in 2008 when their planning process began. It took only three years for that planning to become reality with the store opening to the public in October 2011. Since then, they have surpassed 2,000 Owners of their co-op and they are continuing to grow! With that growth has come the need for some renovations at the store. PFC is looking to complete these renovations with some help from their community and the co-op community as a whole. If you find it within your means, they are asking for donations here.