What was once a rare disease, type two diabetes is now the highest amongst Native American and Alaskan Native adults and children than any other racial and ethnic group in the United States. Those children, particularly living on or near reservation and tribal lands, are more likely to experience type 2 diabetes, food insecurity, and obesity in comparison to all other children in the United States. Food access is an issue at multiple levels: access to seasonally available wild foods, financial access to fresh, whole foods, and access to the cultural knowledge to prepare and preserve traditional foods. The biggest contributors to this loss in food access were forced removals from native lands onto barren reservations, forced assimilation in Native American Boarding Schools, and the government-provided commodity food that was then distributed to those on reservations. Those foods commonly included white flour, lard, sugar, dairy products, and canned meats- a major contrast from the unprocessed, whole, traditional foods they were use to.

It is because of this epidemic, people within the Indigenous communities are working towards an indigenous foods movement as a means of cultural renewal, environmental sustainability, and a way to reclaim Food Sovereignty.

“Indigenous food sovereignty is the act of going back to our roots as Indigenous peoples and using the knowledge and wisdom of our people that they used when they oversaw their own survival. This includes the ability to define one’s own food sources and processes, such as the decision to hunt, trap, fish, gather, harvest, grow and eat based on Indigenous culture and ways of life.”

Below, is a TedxTalk from Sean Sherman, who further discusses where the traditional knowledge got lost, and how himself and many other indigenous folks are taking matters into their own hands, reclaiming their Indigenous Food Sovereignty.

Here, we will be listing just a few of the many Indigenous people/ Indigenous-led Organizations reclaiming Food Sovereignty within the United States. 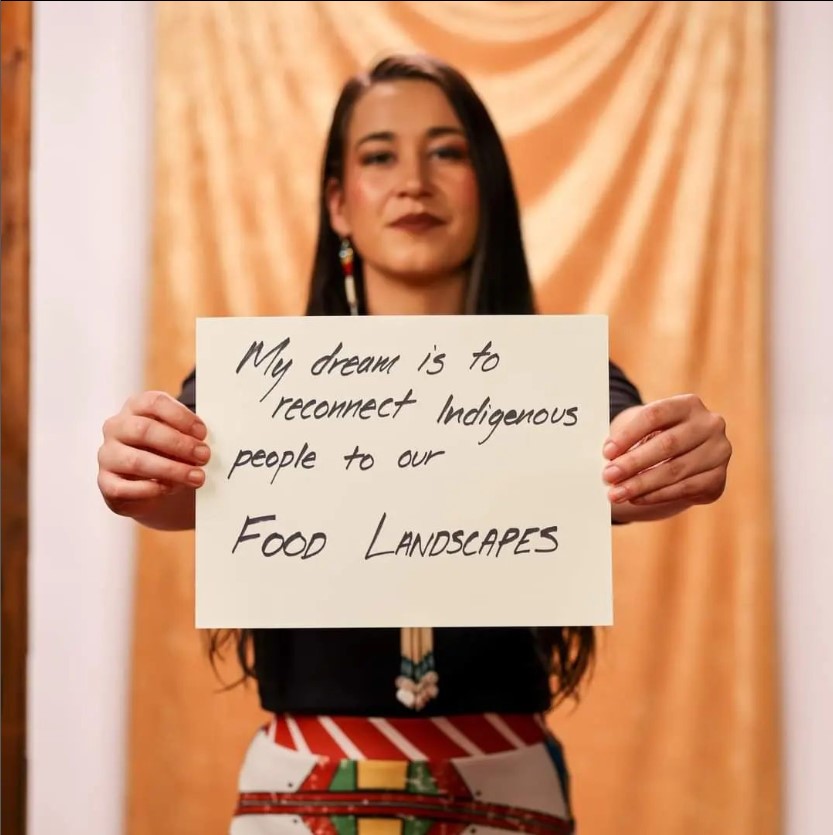 An online cooking show dedicated to re-indigenizing diets using digital media. Using foods native to their Americas, Indigikitchen gives viewers the important tools they need to find and prepare food in their own communities. Beyond that, it strengthens the ties to their cultures and reminds them of the inherent worth of their identities while fueling their physical bodies.

A Diné/Navajo chef and food justice activist from Dennehotso, Arizona and based out of Saint Paul, MN. He is the founder of Intertribal Foodways catering company, a YouTube creator under Yazzie The Chef TV, a delegate of Slow Food Turtle Island Association, and a member at I-Collective. Yazzie’s career is devoted to the betterment of tribal communities, wellness, and health. 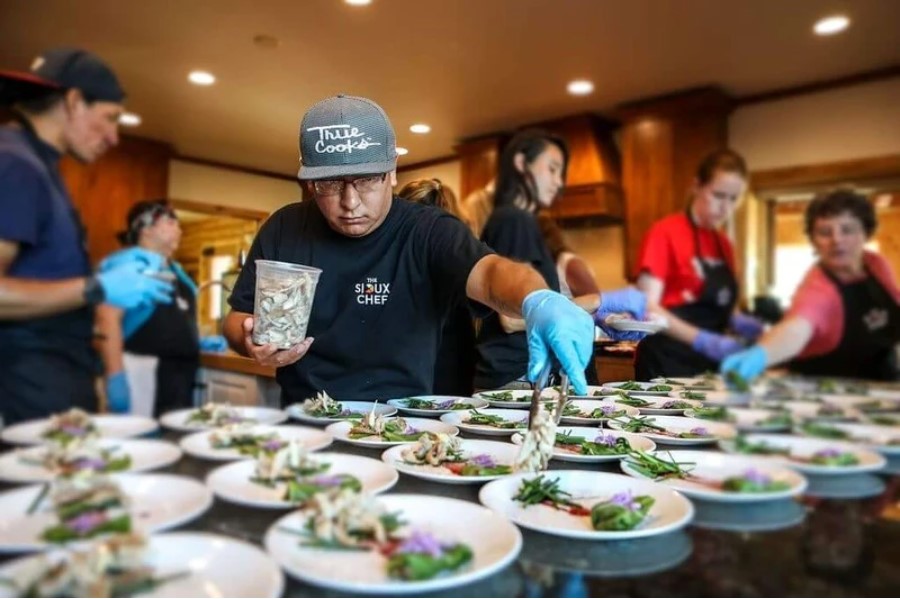 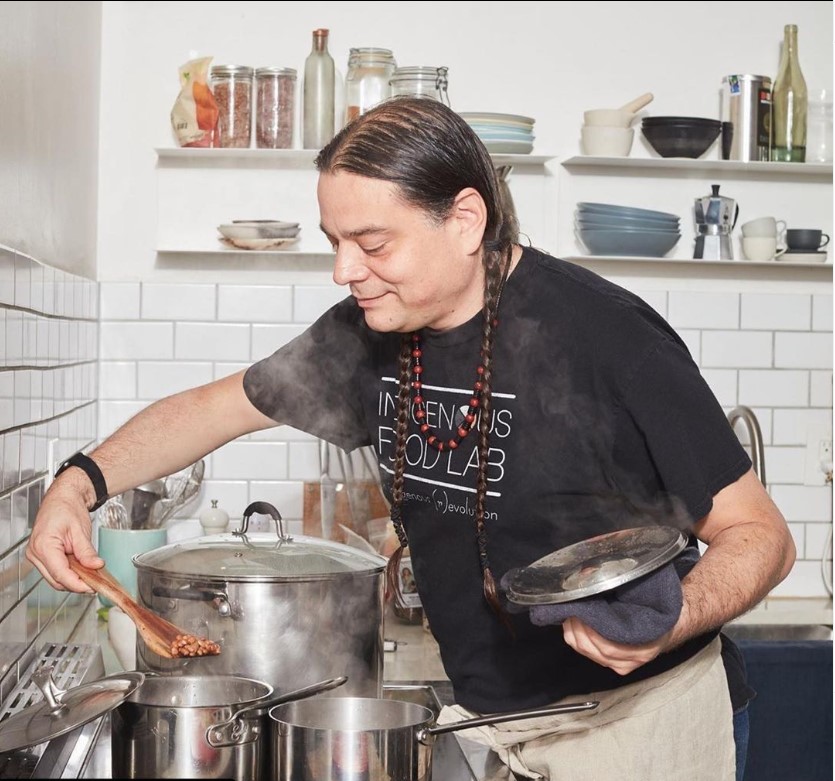 Sean Sherman, Oglala Lakota, born in Pine Ridge, SD, has been cooking across the US and World for the last 30 years. His main culinary focus has been on the revitalization and awareness of indigenous foods systems in a modern culinary context. Sean has studied on his own extensively to determine the foundations of these food systems which include the knowledge of Native American farming techniques, wild food usage and harvesting, land stewardship, salt and sugar making, hunting and fishing, food preservation, Native American migrational histories, elemental cooking techniques, and Native culture and history in general to gain a full understanding of bringing back a sense of Native American cuisine to today’s world.

The Sioux Chef team works to make indigenous foods more accessible to as many communities as possible. To open opportunities for more people to learn about Native cuisine and develop food enterprises in their tribal communities.

Farmer Alfred Melbourne is the owner and operator of Three Sisters Gardens and a long time resident of West Sacramento. Based on traditional native teachings, Three Sisters Gardens is an Indidgenous-led organization with a mission to teach at risk youth how to grow/harvest/distribute organic vegetables, connect Native youth back to the land, build connections with community elders, and reclaim food sovereignty. They donate food to the Yolo Food Bank, and also hold a “Free Farm” stand where they offer their veggies free to to the community. 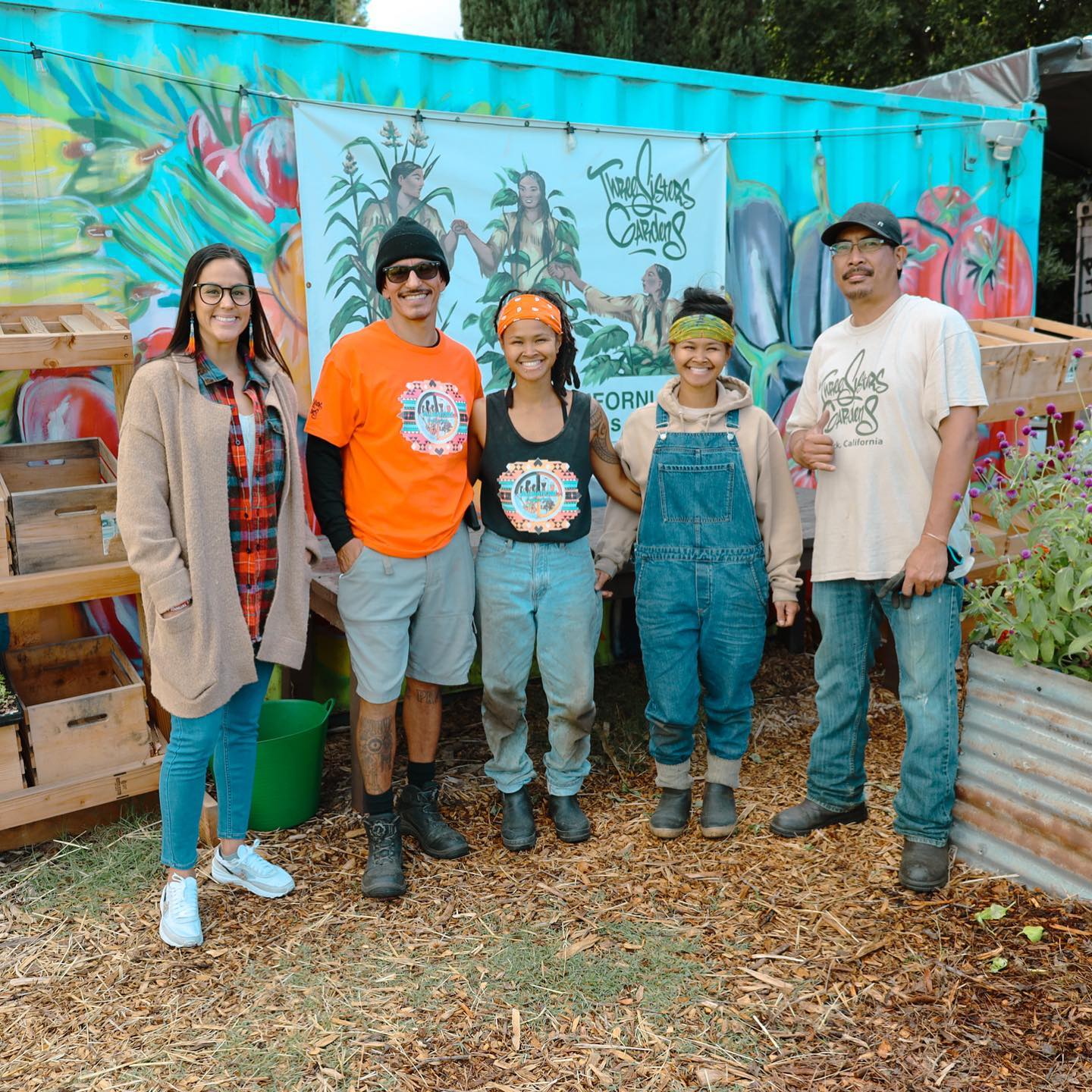 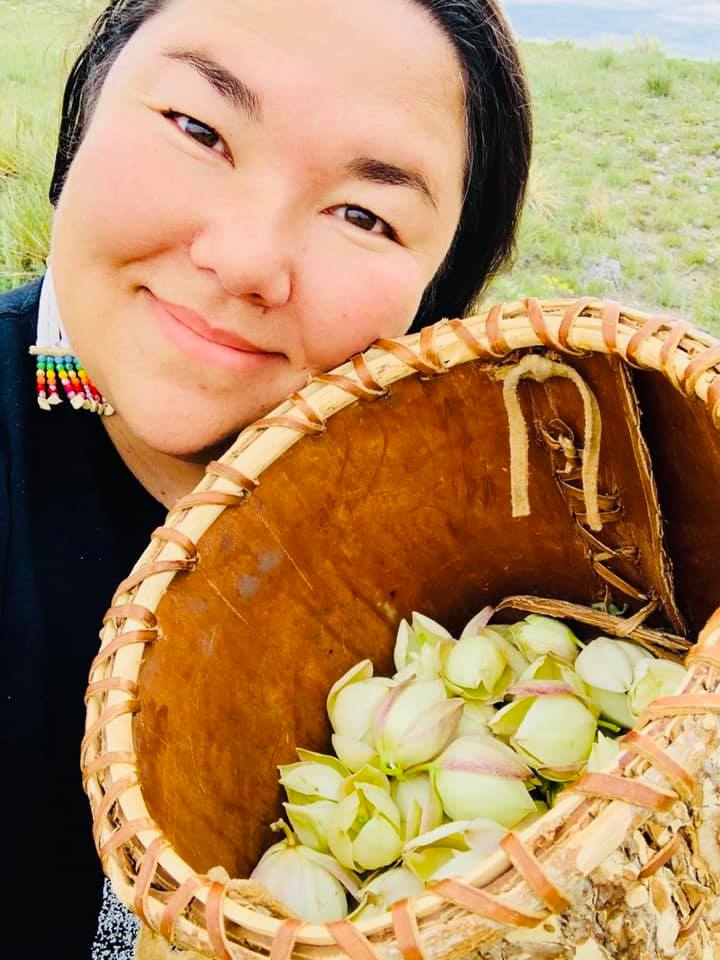 Linda Black Elk is an ethnobotanist who serves as the Food Sovereignty Coordinator at United Tribes Technical College in Bismarck, North Dakota. She specializes in teaching about Indigenous plants and their uses as food and medicine. She teaches classes like “Food Preservation and Storage” and “From Farm and Forage to Fork.” She also uses her wealth of knowledge and charismatic ways of connecting through her YouTube channel, covering topics like making homemade cedar blueberry cough syrup, drying squash varieties, and how to make plant-based medicines at home for various health support.
Black Elk’s drive to make wild plants and plant medicine accessible, applicable, and relevant is so strong it resonates throughout all she does. She is also a founding board member of the Mni Wichoni Health Circle, an organization devoted to decolonized medicines.

Reclaiming control over local food systems is an important step toward ensuring the long-lasting health and economic well-being of Native people and communities. Native food system control has proven to increase food production, improve health and nutrition, and eliminate food insecurity in rural and reservation-based communities, while also promoting entrepreneurship and economic development.

This is Indigenous resilience, moving through the era of disconnection to their foods and traditions and reclaiming their intergenerational knowledge.

The Indigenous Partnership for Agrobiodiversity and Food Sovereignty