In June, I was having a catch-up-on-life dinner with my dad, when I brought up the topic of farm workers. While this wasn’t our first time around having this type of conversation, I wanted his input on what he thought was the best way to show support to farm workers. As a professor at Chico State, he has been teaching Chicano studies for several decades now and has dedicated much of his life to studying and interviewing folks who were in the Bracero program and attending many protests that were fighting for farm worker rights. 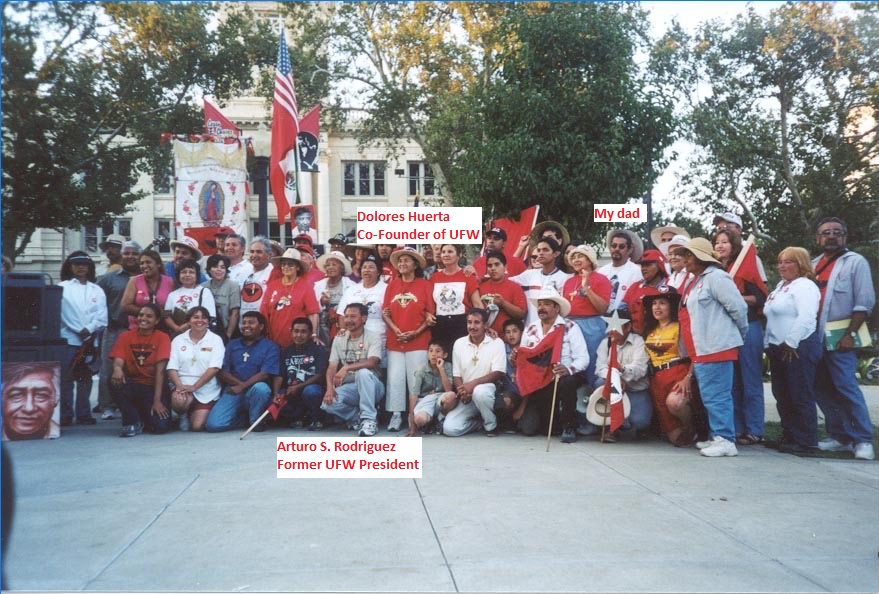 This picture above was a protest that took place at the California State Capitol, in 2002; my father standing in solidarity with Farm Workers.

That was when he brought up a march that was going to be happening in a few weeks, being led by the United Farm Workers- The March for the Governor’s Signature.

This march would begin on August 3rd in Delano, Ca, and end at the State Capitol on August 26th. This was a repeat of the historic march that was led by Cesar Chavez in 1966. This march was to convince Governor Gavin Newsom to sign AB 2183, the Agricultural Labor Relations Voting Choice Act; a bill which would give farm workers the right to vote for a union, free from intimidation and threats, allowing them to vote in secret whenever and wherever they feel safe.⁠ 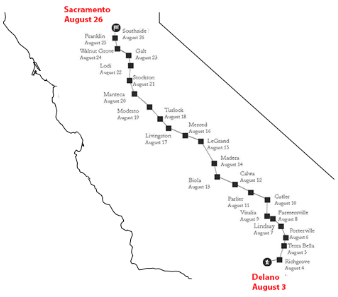 About 30 farmworkers were marching the entire 335-mile journey through the state’s agricultural Central Valley. Along the way, hundreds of other workers and supporters joined them for parts of the trek.⁣

Despite the heat and physical toll this took on the marchers, they were shown communal support everywhere they went. Supporters passed out waters, food, provided housing, and other supplies needed to keep these marchers going strong.

During the last week of the march, more than 30 students from UC Davis Medical School met up with the marchers in Walnut Grove, Elk Grove, and Sacramento to treat blisters, bandage wounds, and help sooth aching soles.

La lucha es mi lucha- your struggle is my struggle. 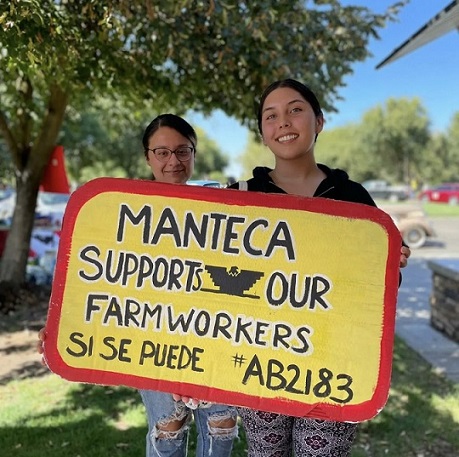 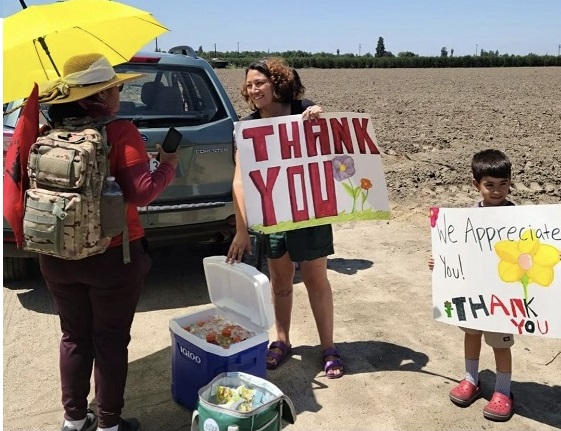 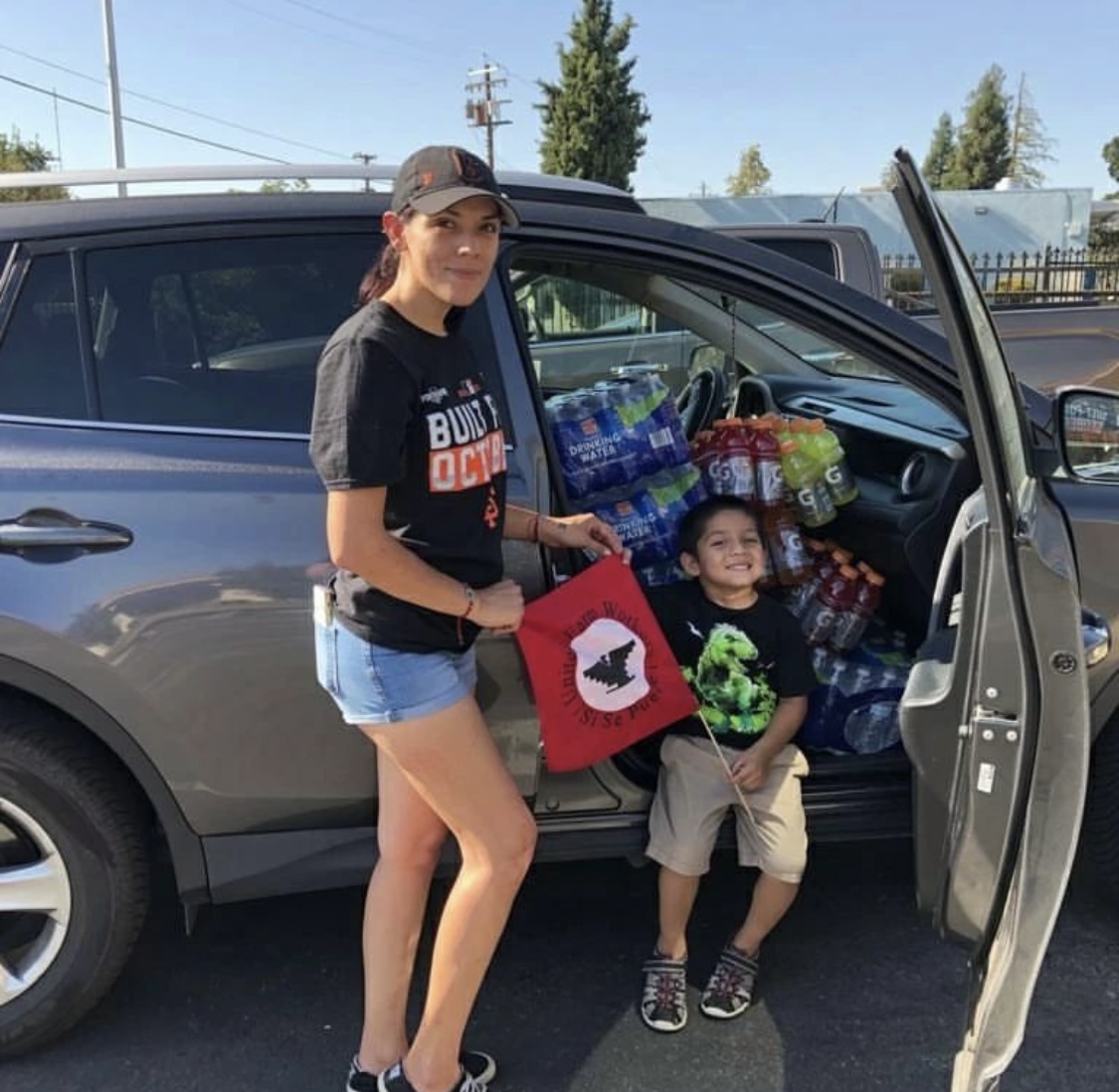 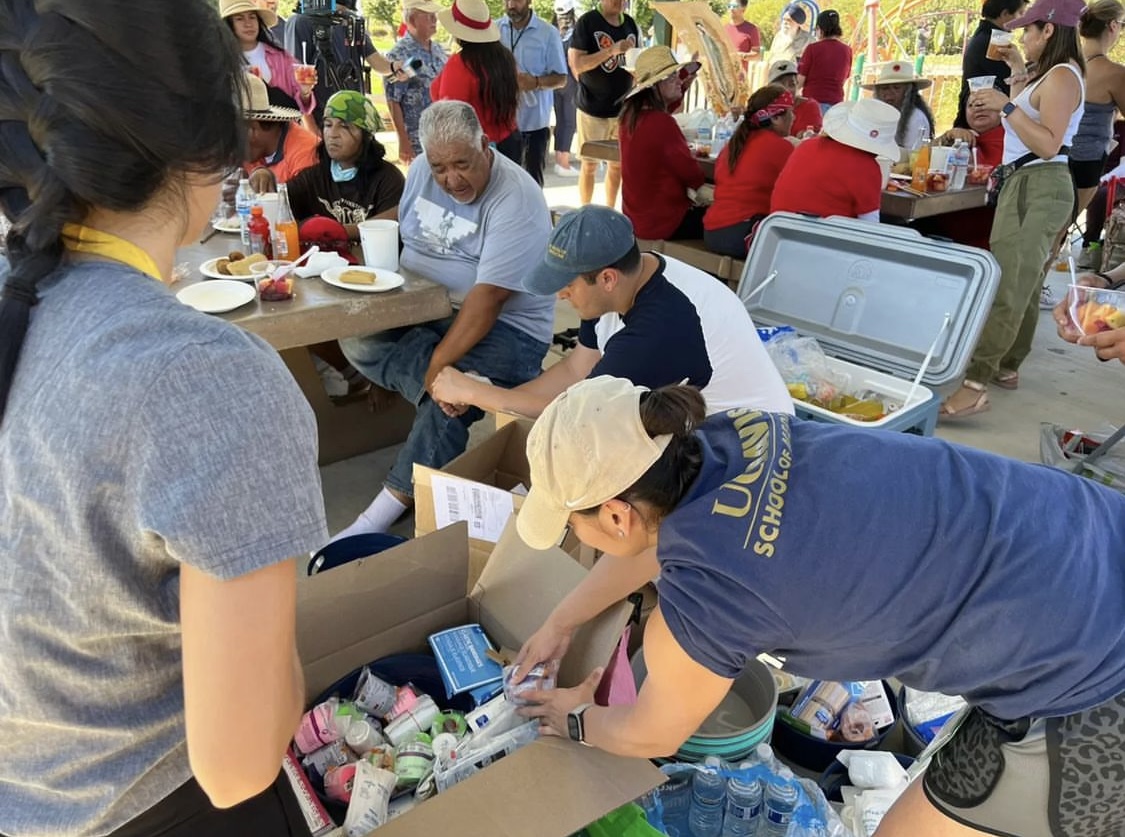 The morning of the last day of the march, my father and I were making our way to South Side Park, where folks were gathering for the final stretch to the State Capitol, when there was an announcement from Governor Gavin Newsom stating that he could not support the current bill being proposed, with a spokesperson saying this in an email:

“Governor Newsom is eager to sign legislation that expands opportunity for agricultural workers to come together and be represented, and he supports changes to state law to make it easier for these workers to organize. Our goal is to establish a system for fair elections-requiring employers to abide by rules that guarantee union access and provide key enforceable protections to ensure a fair election. If employers fail to abide by those rules, they would be subject to organizing under a card-check process.

However, we cannot support an untested mail-in election process that lacks critical provisions to protect the integrity of the election and is predicated on an assumption that government cannot effectively enforce laws. We welcome an agreement with UFW on the ground-breaking legislation the administration has proposed.”

This came as no surprise since he had already vetoed a similar bill last year, but I found it humorously ironic, being that this fell on the same day the Gov. declared August 26th California Farm Workers Appreciation Day.

Despite this announcement, once we arrived, there was no hint of defeat. Thousands were there and we were surrounded with music, dancing, prayers, and laughter all throughout the park. 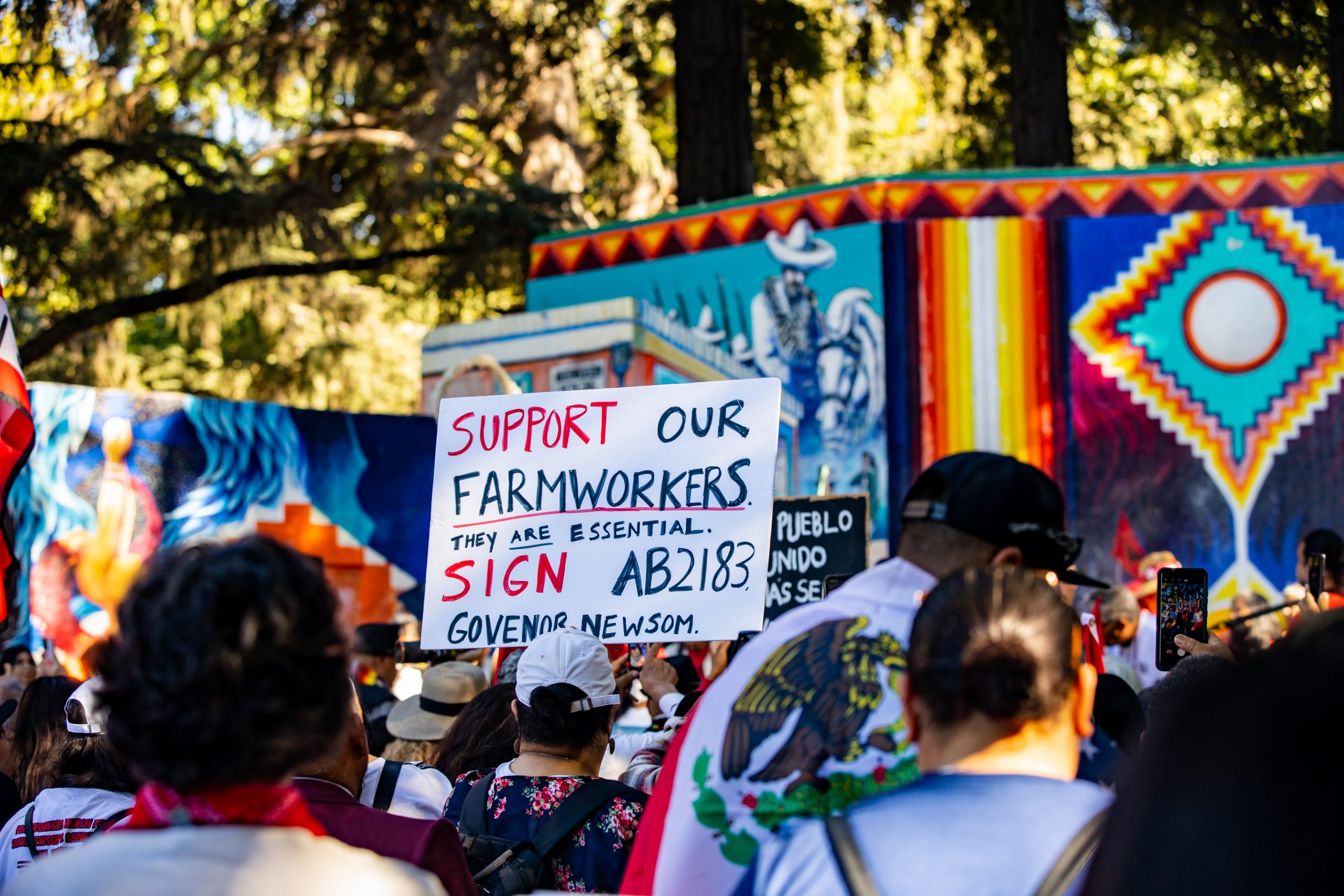 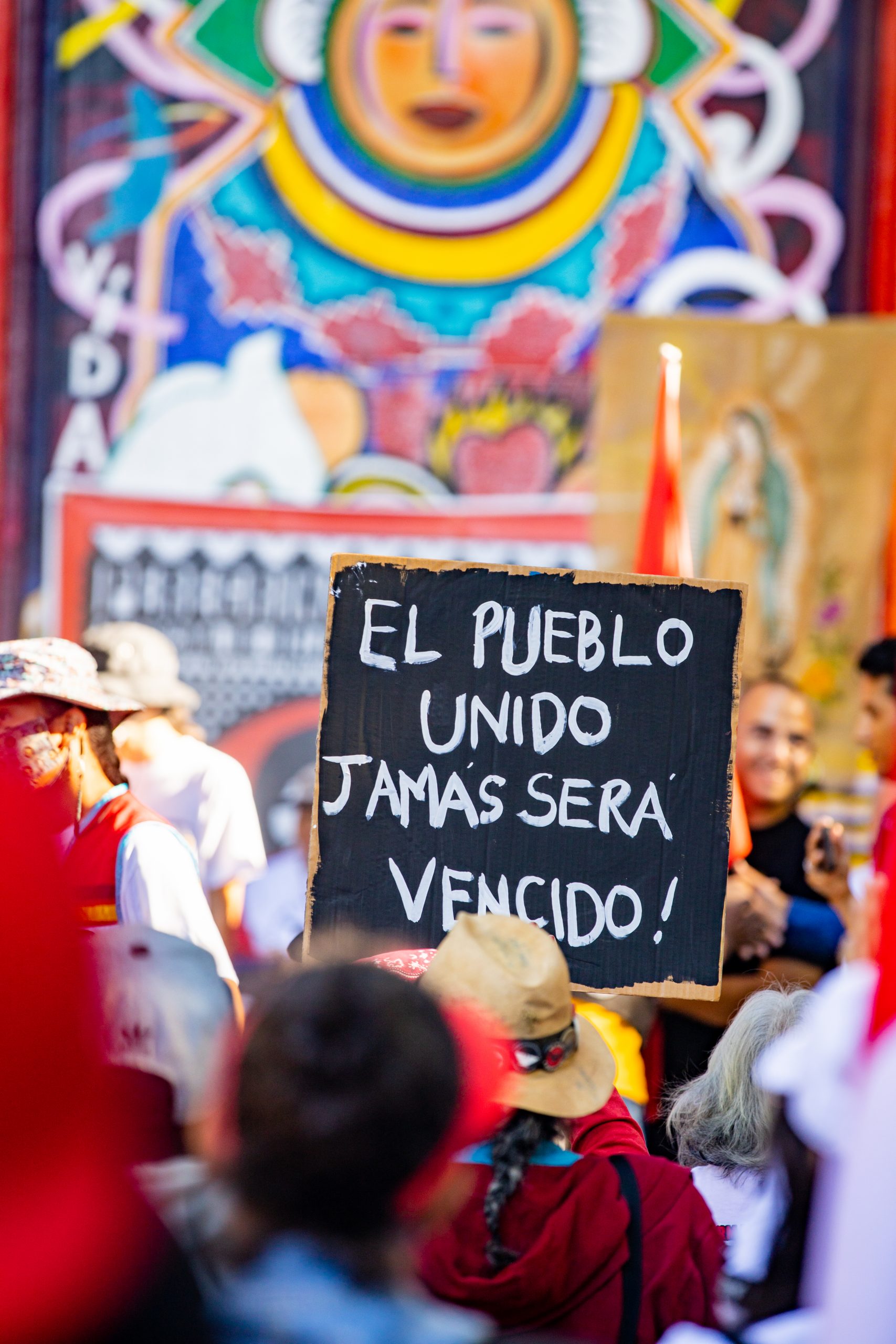 After a few speeches and words of encouragement, we all began to get in formation to begin the march to the Capitol.

On the way there, there was continuous chants and songs, only getting stronger as we got closer to the Capitol. 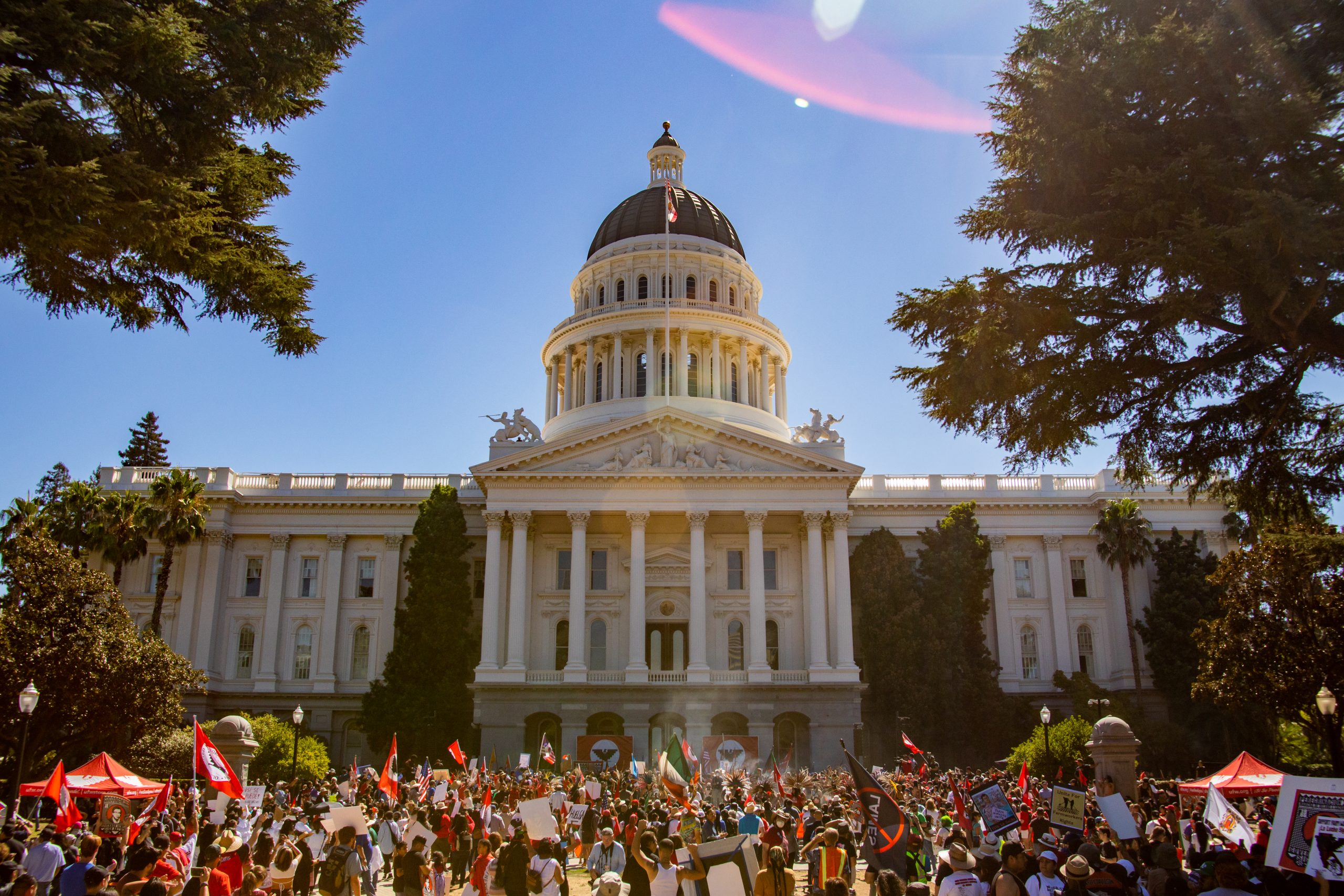 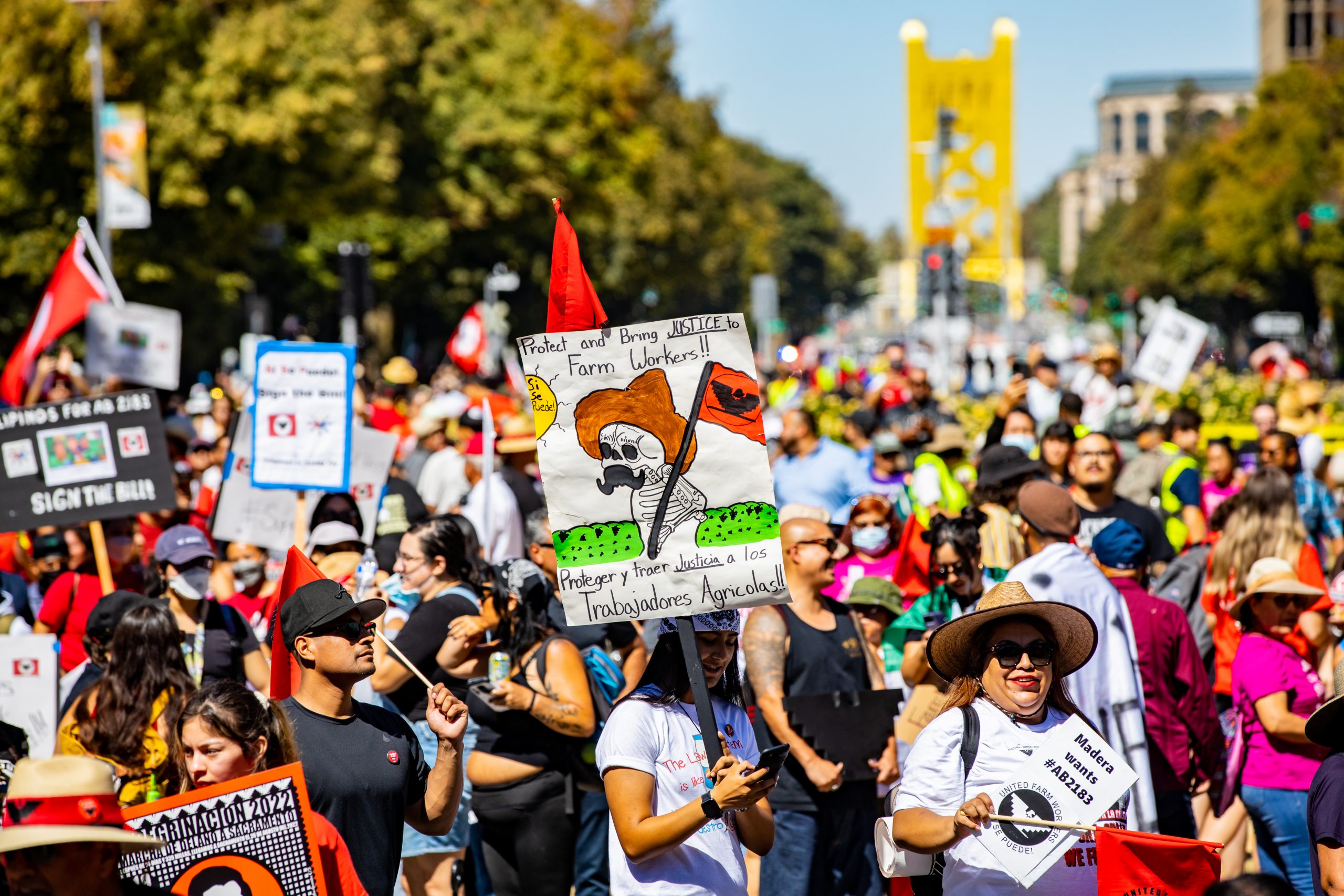 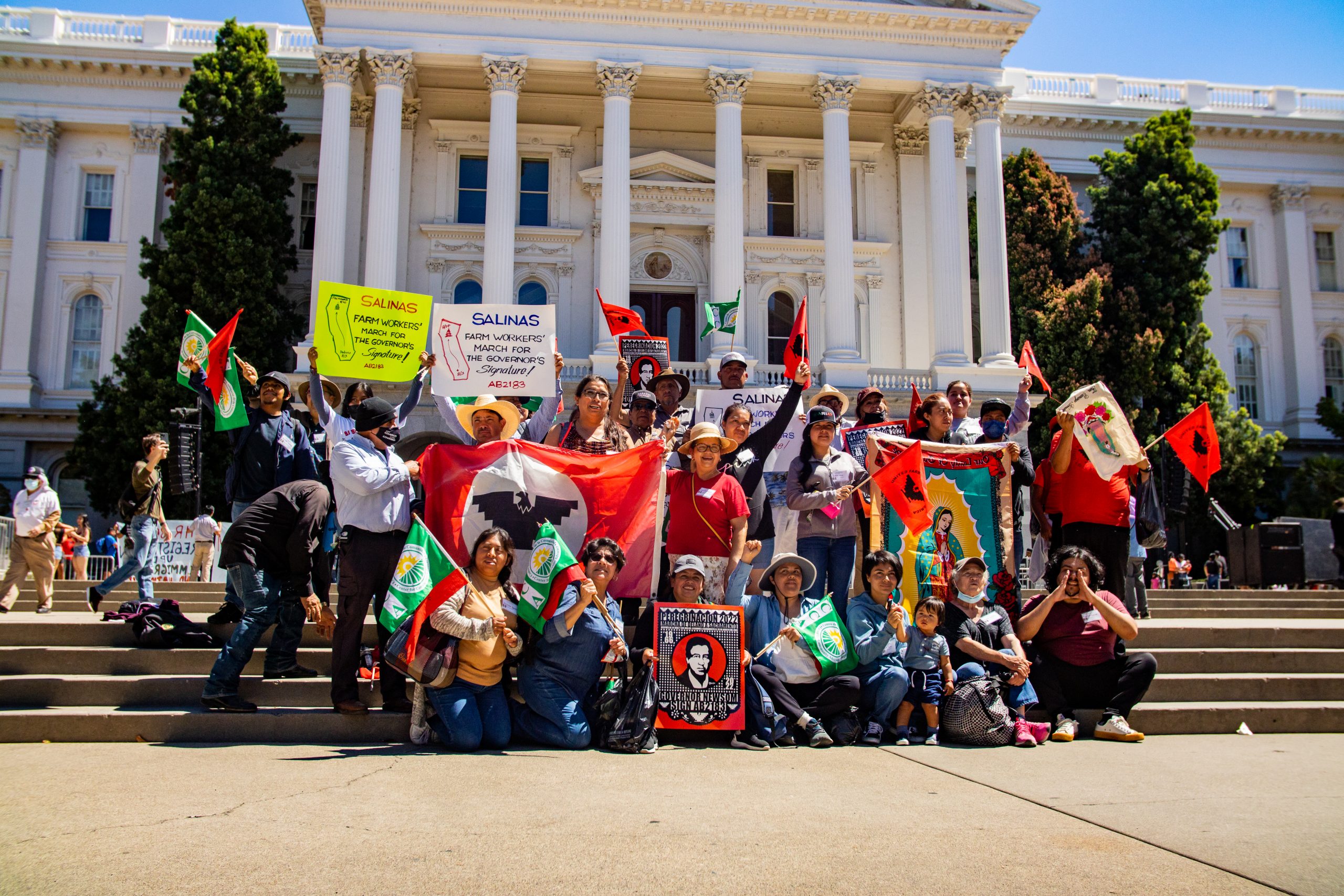 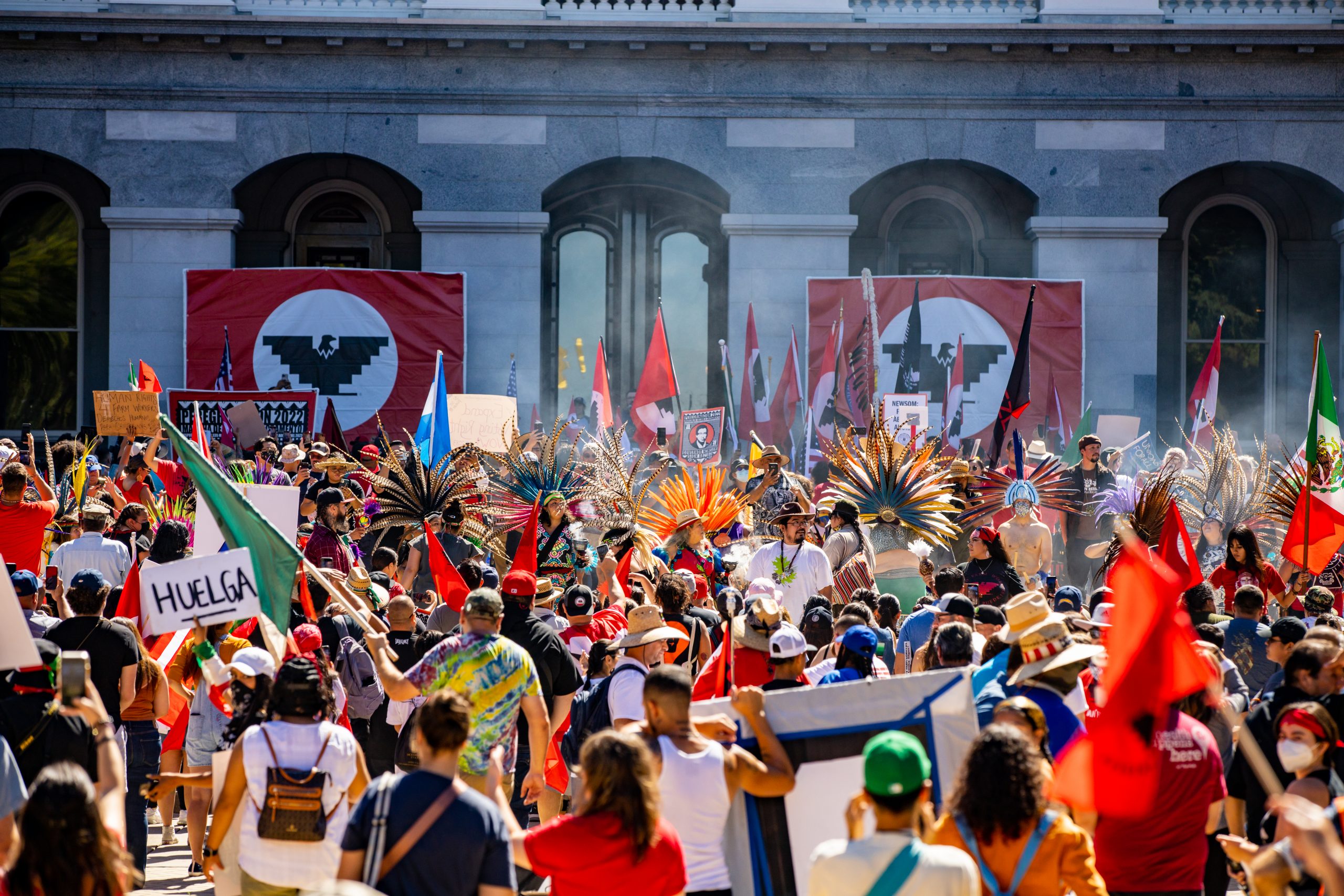 We arrived to the Capitol around 11am, where it was estimated that there were over 7,000 people all there in support of Farm Workers and the signage of this bill. Chants, songs, dancing, and waving of signs and flags continued as we waited for the speeches to begin.

The rally wrapped up around 1:30pm and everyone, including myself and my father, left in high spirits.

It was a powerful, historic event, and it proves that there is so much power in the commUNITY.

The new iteration of the bill, AB2183, was amended the week after the completion of the march, to lay out a more complex process for farmworker union elections beyond just allowing them to vote by mail. Advocates said it would help farmworkers participate in union elections without interference from their employer.⁣

The vigils across the state will all be moving to the State Capitol, starting September 6th, and each location is asking for support from people near or in their community to show up and stand in solidarity with them until Governor Newsom signs this bill.

There is no doubt that capitalism has continuously sought pools of workers for the lowest paying, most backbreaking, and dirtiest jobs. It is these workers who were destined to be the most exploited of all. The great leap in improving wages and working conditions for a major section of the nation’s farm labor force has been largely attributable to its strikes, boycotts, and organizing campaigns. The fight for Farm Workers continues!!

(The people united will never be defeated)

Below are resources including documentaries, books, and articles, and organizations  to further your education and support about Farm Workers.

Pictures used in this blog taken by Cisco Kuhl