What is Natural Wine?

“Natural wine” has become a very broad term, you’ve likely heard it before. When the subject comes up, I’m often asked, “Isn’t all wine natural?” followed by, “…so it’s organic?” The answer is ultimately a little more complicated than a yes or no and a label from a government agency. 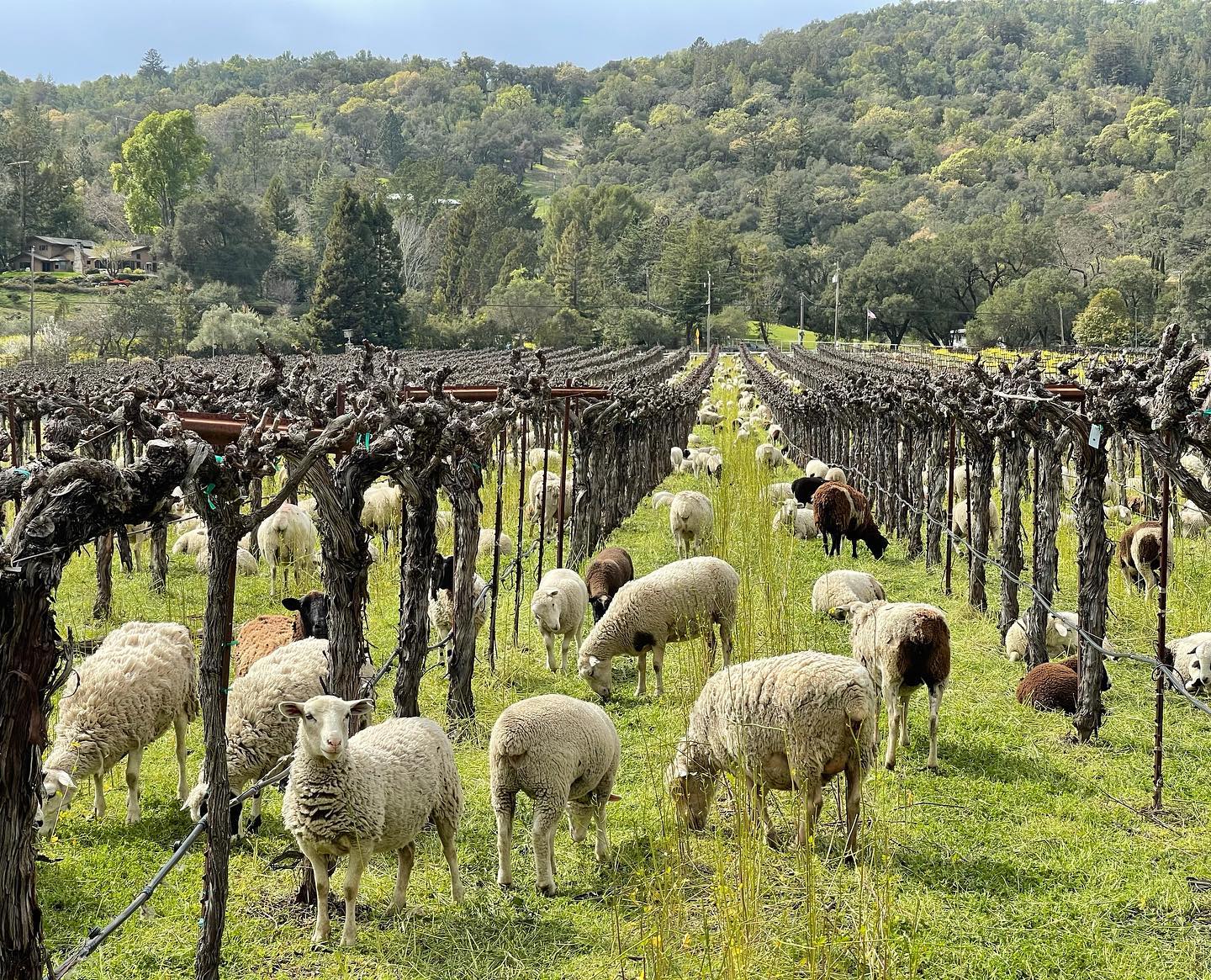 Occasionally you encounter the somewhat snarky, literal interpretation of the term “natural” from someone who says it’s all a fad: there isn’t anything natural about picking grapes, crushing them in a tank, and subsequently fermenting them in a controlled environment. Certainly when we refer to “natural wine” we aren’t asserting that the process employed to make wine is naturally occurring. While it is true fermentation will happen in grapes left unattended, no one in the natural wine space is saying that the planting of vineyards in neat contoured rows or that the actual collection and production is entirely a natural occurrence. Rather, natural wine makers are trying to make wines with as few outside inputs as possible and minimal, if not zero, sulfur use. The grapes are typically sourced from biodynamic, sustainable, or organic vineyards and frequently a combination of all three. A common thread is that people are farming mindfully for the sake of the long term health of the land with particular emphasis in maintaining high biodiversity within those contoured vine rows.

Now, is this wine organic? Although the grapes are frequently grown in organic, biodynamic, or regenerative vineyards, practices diverge when the grapes hit the winery. First, you have the Zero/Zero camp. These folks believe in neither adding sulfur to their wine nor removing anything from the wine as well. Another cohort believes minimal additions of sulfur for stability are acceptable even if they still avoid manipulating the juice in too many other ways. These additions are just enough to arrest any fermentation and give some marginal protection from oxygen. Because of the sulfur additions, those wines may not be labeled as organic in the United States. This can lead to difficulty for some of the smaller labels who are making their wines in an extremely mindful way, as they won’t be certified organic.

Winemakers in the United States who use organic grapes have two options for communicating this designation. The first is the USDA Organic certification and the second is the “Made with Organic Grapes” label. 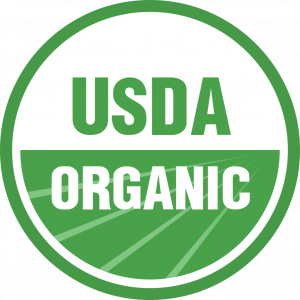 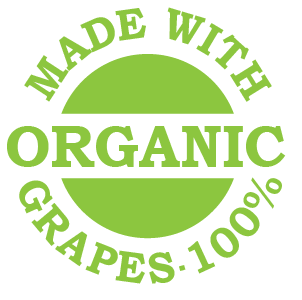 Both labels require grapes be sourced from certified organic vineyards and made in a certified organic winery. However, the “Made with Organic Grapes” label allows for up to 100 parts per million (ppm) of sulfur additions. USDA Organic allows for zero additional sulfur. For comparison, conventional wines contain hundreds of parts per million of additional sulfur. Meanwhile in the European Union, organic red wines are allowed up to 100 ppm of additions, white and rosé wines 150 ppm, and 180 ppm for sweet wines. Canada allows up to 100 ppm of sulfur additions in its organic labeled wines. It is important to note that some folks are seriously allergic to the sulfites used as a preservative in wine, which is one reason why an easily discernible label is necessary, among others. Ultimately, the definition of organic wine and whether or not it currently stunts the growth of the organic wine category continues to be debated. 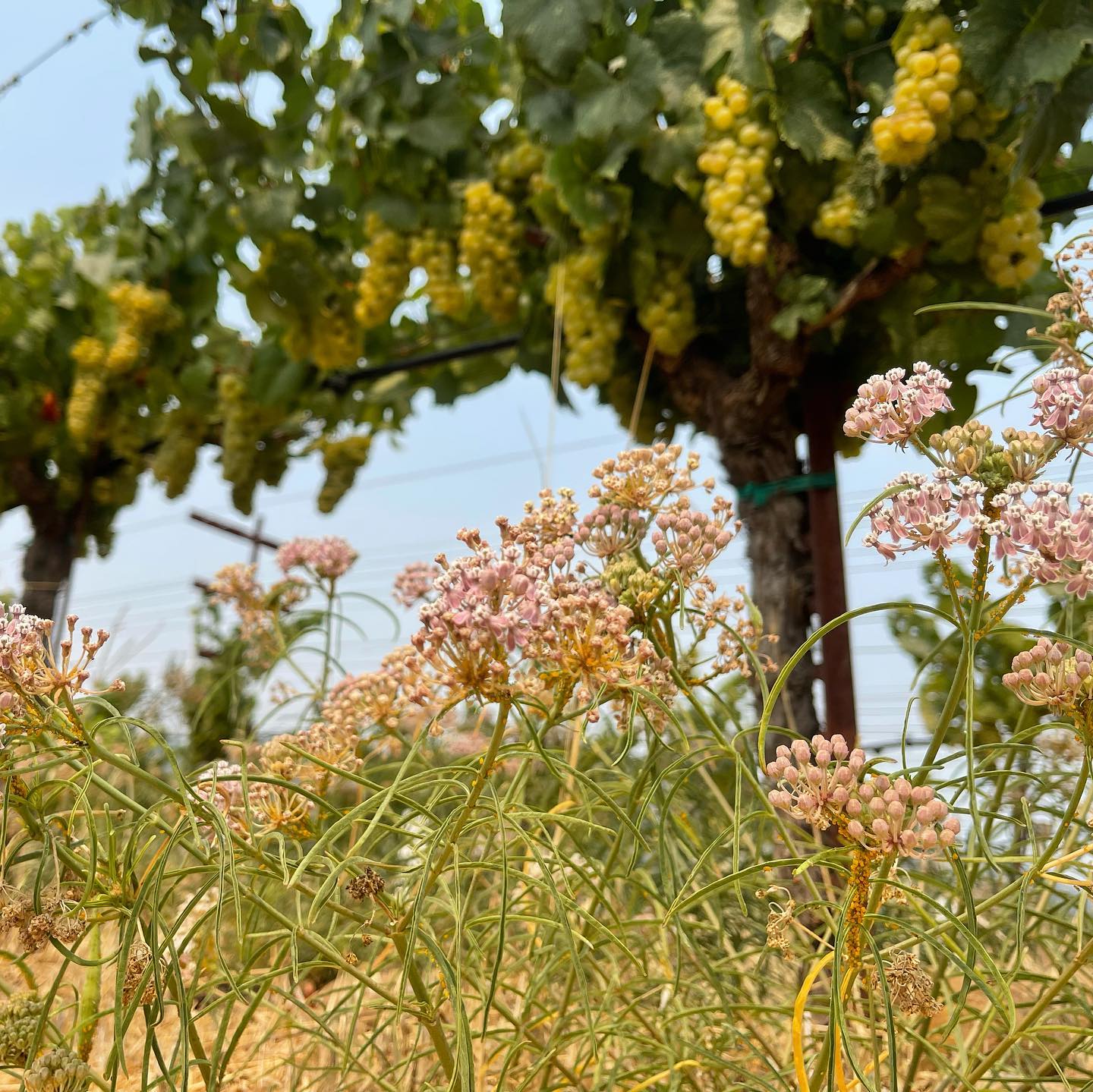 Given that sustainability is at the core of many natural wine making endeavors, there is a fairly large elephant, or perhaps oil tanker, in the room we must touch on. A question that runs along these lines has made its way around some of my natural wine circles and it is a question that deserves some time and thought:

“What is sustainable about shipping a product to a warehouse, perhaps one across the world, and then re-shipping that product to another point, whether that be another point of distribution or the end consumer?” 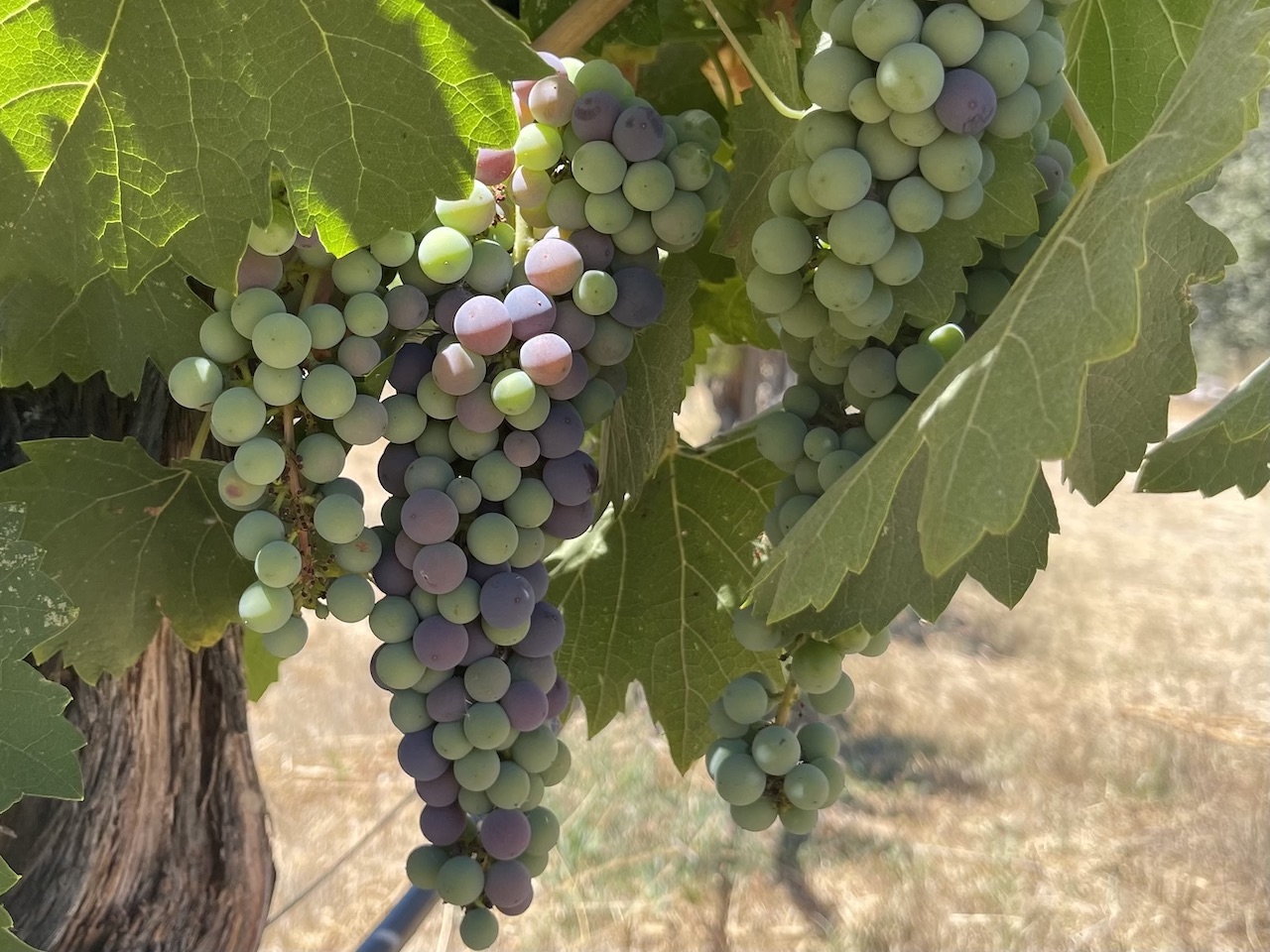 This question is a tough one and perhaps one that doesn’t really have a great answer, at least not an answer that doesn’t make me sound like an apologist to some degree. For me, it comes down to the story behind each bottle. When you look at the level of intentionality some of these producers use in tending to their land you realize two things: one, doing it right takes an unbelievable amount of hard work and dedication and second, that most producers aren’t putting in that work for a wide variety of reasons. The challenge for natural wine producers is being able to tell their stories as they’re important for pushing the category forward.

I reached out to Alice Anderson (pictured below), the owner and winemaker at Amevive Wines in Santa Barbara and the caretaker at the historic Ibarra-Young vineyard, which they lease in the Los Olivos District. Land stewardship is central to many natural wine producers, including Alice. Taking care of the vines and the land that supports them is vital to the long term health of the industry and the planet. Alice is a serious practitioner of biodynamic farming. The care and attention it takes to effectively farm in that style shines through in the wines she makes.

Here are a few thoughts from her about natural wine:

“To me, first and foremost, the wine has to be grown holistically with intention. The vineyard need not be on a systematic spray schedule, but to be assessed and analyzed regularly based on how nature treats it each year. It’s best if you can repurpose what you have on your land to make homeopathic fungicides and foliar sprays; like growing your own herbs and making compost teas.

In the cellar, nothing should be added other than tiny amounts of pure sulfur if needed. This is to not take away or alter any of the natural nuances coming from the vineyard.

Wines should be unfined and unfiltered and shouldn’t contain more than 50ppm of total SO2 at bottling.” 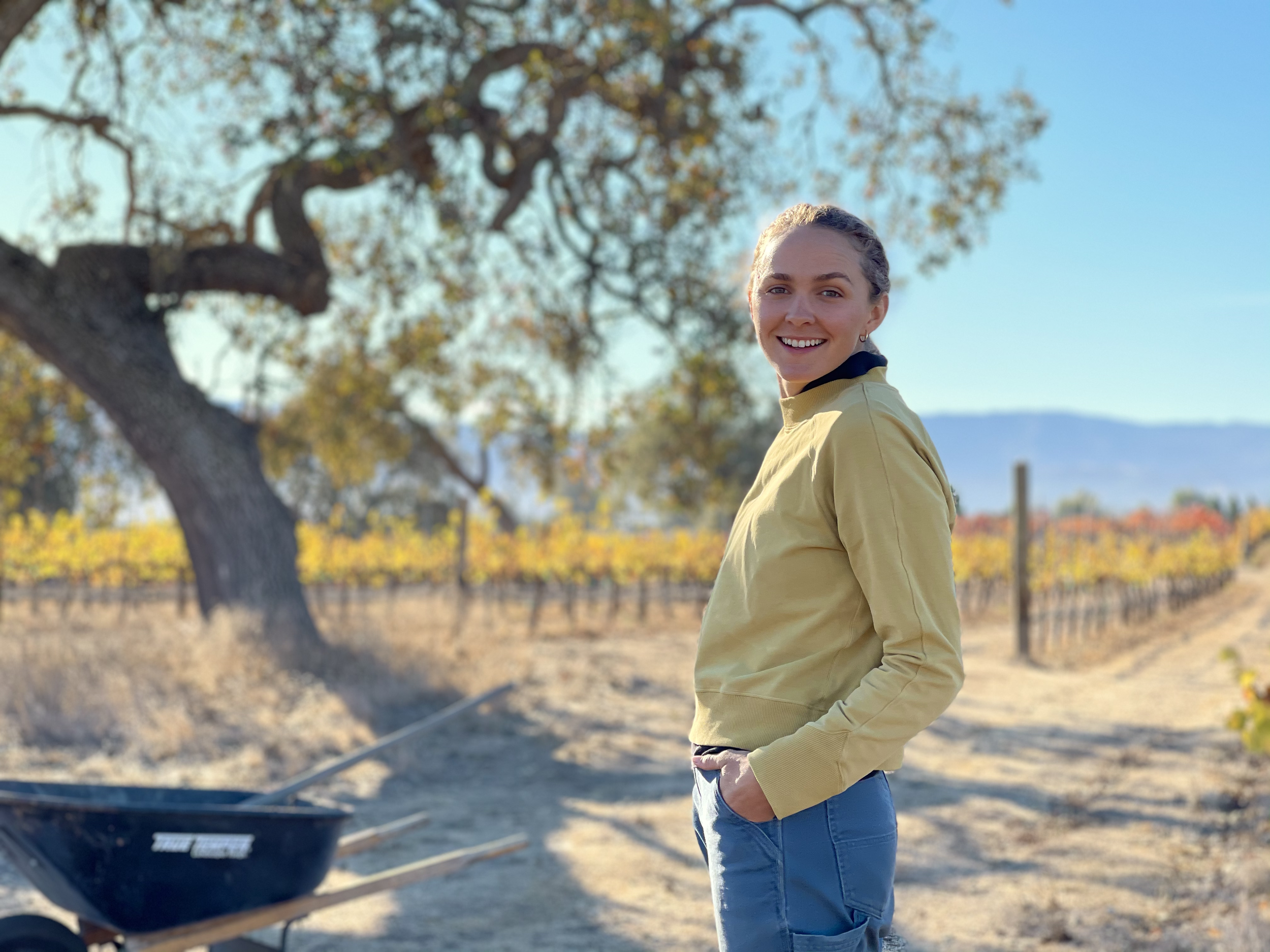 At the end of the day, growing and producing the highest quality wines as thoughtfully as possible is the goal for all of these natural winemakers, whether they can legally market their wines as organic or not.

Sterling recommends checking out these natural winemakers – all available at the Co-op. And he’s always happy to help you pick out the perfect bottle! You can usually find him in the Beer, Wine, & Spirits Department or ask the Customer Service Desk to page him for you.